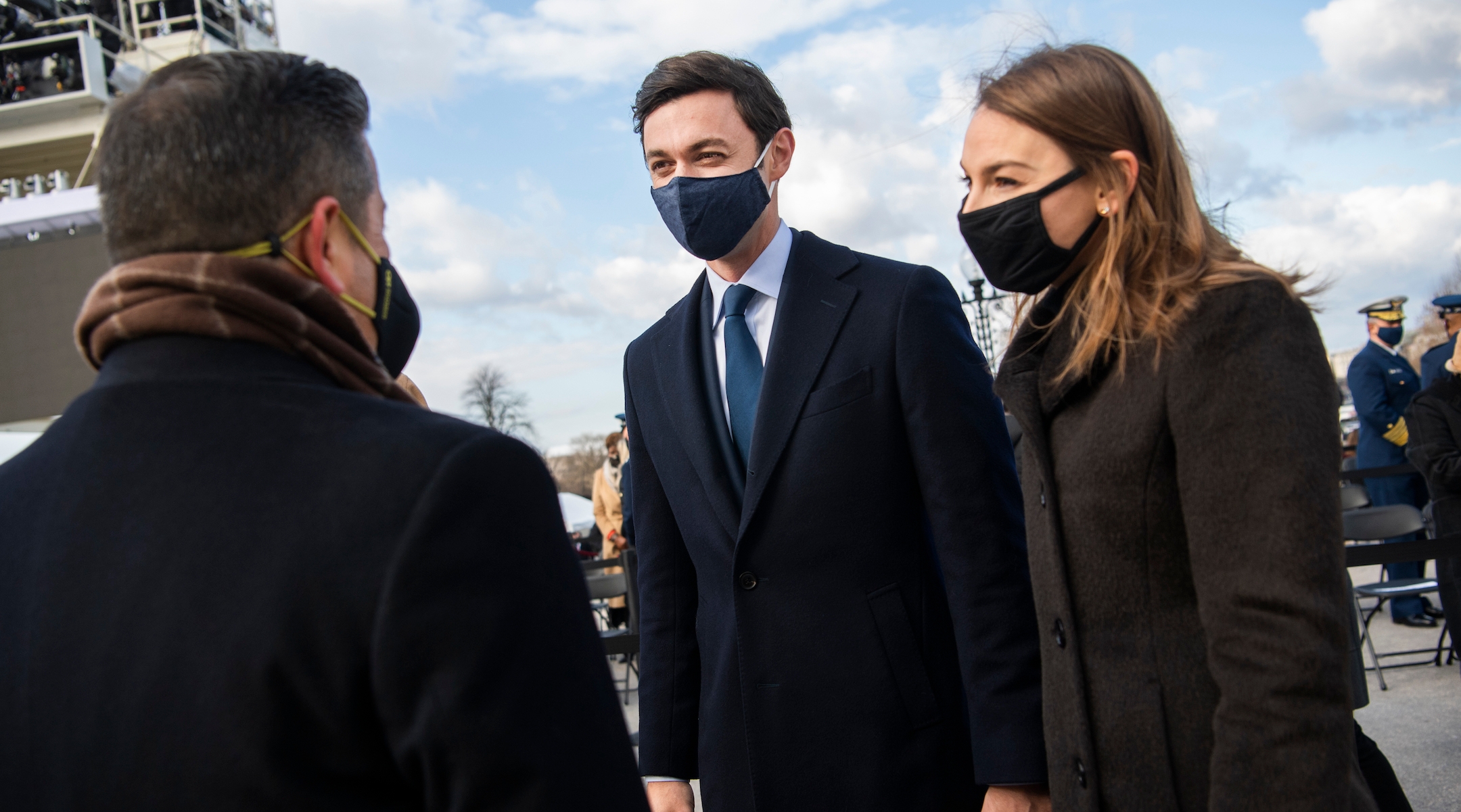 As he swore the oath of office, Ossoff clutched a book of Hebrew scripture once owned by an Atlanta rabbi whose synagogue building was bombed by white supremacists in 1958.

Ossoff, the first Jewish senator from Georgia, was sworn in alongside the Rev. Raphael Warnock, the first Black senator from the state, and Alex Padilla, who in filling the seat of new Vice President Kamala Harris becomes the first Hispanic senator from California.

Ossoff, 33, was escorted down the rotunda aisle by Sen. Cory Booker of New Jersey, who is not Jewish but often speaks Hebrew and cites Torah passages in public appearances.

In October 1958, the Hebrew Benevolent Congregation Temple in Atlanta sustained “massive” damage from dynamite explosions, the Jewish Telegraphic Agency reported at the time. No one was injured. The congregation’s rabbi, Jacob Rothschild, was a prominent civil rights movement supporter.

Ossoff and Warnock, a pastor at the church formerly led by the Rev. Martin Luther King Jr., leaned into a narrative of Black-Jewish cooperation in their campaigns. After he and Ossoff were declared the winners in their runoff elections, Warnock said that King and Rabbi Abraham Joshua Heschel, who marched with King in the civil rights era, were “smiling in this moment.”

The Ossoff and Warnock victories gave Democrats a 50-50 split in the Senate, making New York’s Chuck Schumer the first Jewish Senate majority leader as Harris would break any ties.