Georgia Senate winner Raphael Warnock: Heschel and King ‘are smiling in this moment’

(JTA) — Rabbi Abraham Joshua Heschel made the news Wednesday morning when Raphael Warnock, the Democrat who won one of two Georgia Senate elections Tuesday, invoked the rabbi during an interview on CNN.

“I think Abraham Joshua Heschel, the rabbi who said, when he marched with Dr. King, he felt like his legs were praying, I think he and Dr. King are smiling in this moment,” said Warnock, who will be Georgia’s first-ever Black senator.

Warnock was referring to the 1965 march by civil rights leaders from Selma to Montgomery, Alabama. The Rev. Martin Luther King Jr. had invited Heschel to take a position of honor with him at the front of the march, and Heschel later said about the experience, “I prayed with my feet.” 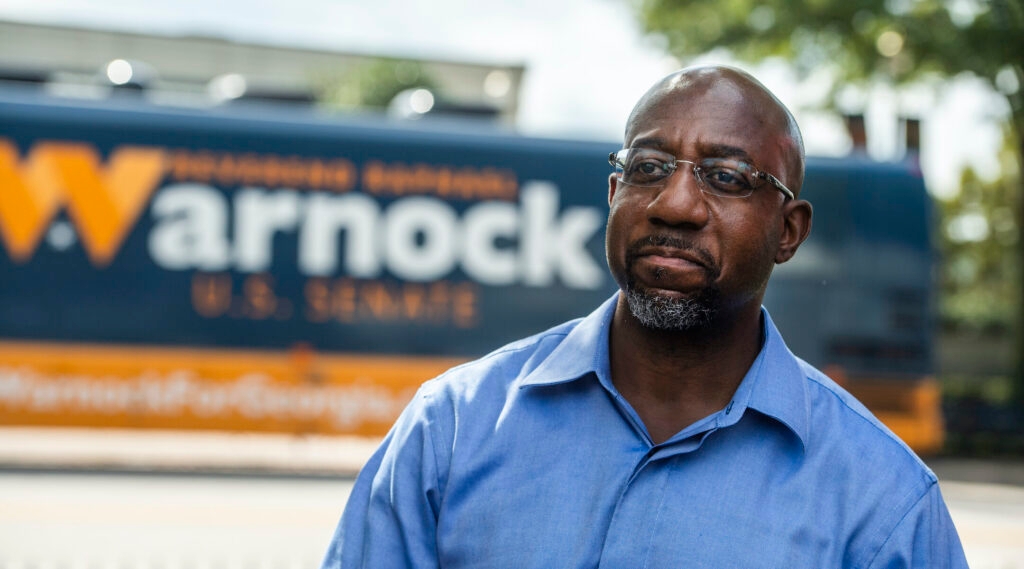 Warnock referred to the march, and the supportive relationship between Jewish and Black Americans that it epitomized, multiple times on the campaign trail, including in an ad produced by the Jewish Democratic Council of America.

“You’ve got a young Jewish man, an African African pastor, running together with shared values, shared commitment,” Warnock said in the campaign ad, which showed footage of him and Jewish Democrat Jon Ossoff campaigning together.

The video also showed 1960s newsreel items, including the murder of three voting rights activists — two Jewish and one Black — in Mississippi.

Ossoff is ahead in the voting and considered likely to be declared the winner in his race against incumbent Republican David Perdue. He would be Georgia’s first Jewish senator.

“I’m very proud of Georgia right now,” Warnock told CNN today. “That we are sending an African American man, the pastor of Ebenezer Baptist Church where Martin Luther King, Jr. served and John Lewis worshipped, and Jon Ossoff, a young Jewish man, the son of an immigrant, mentored by John Lewis, to the United States Senate.”