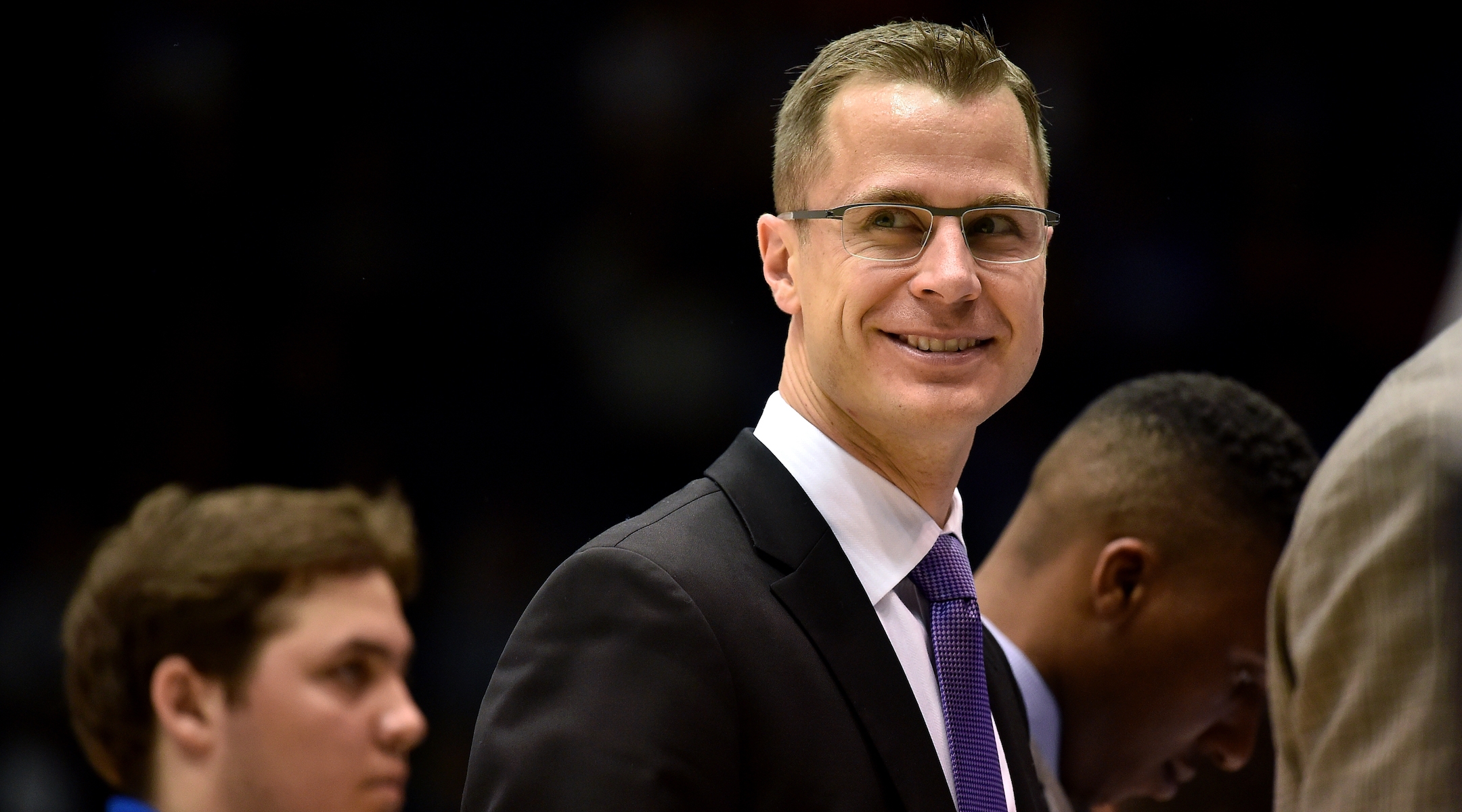 Jon Scheyer, a one-time Jewish basketball star at Duke University who went on to play for the Israeli powerhouse Maccabi Tel Aviv, will find out soon enough.

Scheyer, 33, is the pick to succeed Mike Krzyzewski, the winningest coach in Division 1 college basketball history, who said this week that he will be retiring after the 2021-22 season. Krzyzewski, known familiarly as “Coach K,” has guided the Blue Devils to five national championships, including in 2010 with Scheyer as a captain and an integral member on the court.

Scheyer has served as associate head coach at Duke for the past several seasons, returning to his alma mater to join the coaching staff in 2013.

The 6-5 guard, known in his playing days for his passing and scoring, along with his basketball intellect, played sparingly in his one season for Maccabi Tel Aviv after graduating from Duke and obtaining Israeli citizenship. He had gone undrafted by the NBA despite earning All-America status.

Scheyer, who hails from suburban Chicago, has a Jewish father and had a bar mitzvah. The story goes that when he visited the White House with Duke after winning the NCAA title, President Barack Obama, a huge basketball fan, referred to him as my “homeboy” from Chicago, having followed his high school career there. Scheyer reportedly called it the coolest moment of his life.

At Duke, he has been a key assistant for Krzyzewski, whose five national titles is second only to another legend, UCLA’s John Wooden.

Another ex-Duke star, Billy King, had some advice for Scheyer on replacing their mentor.

“Jon is prepared and ready for the challenge of his life,” said King, who played for the Blue Devils in the late 1980s and has gone to become an NBA executive. “He will have the support of the Duke brotherhood. He has to be Jon Scheyer and not Coach K. That will be his biggest challenge.”

King had this to say about Krzyzewski: “He was a leader who cared more about you as a person than a player. My career since Duke is a result of playing for him.”