Josh Rosen takes over as starting quarterback for Miami Dolphins 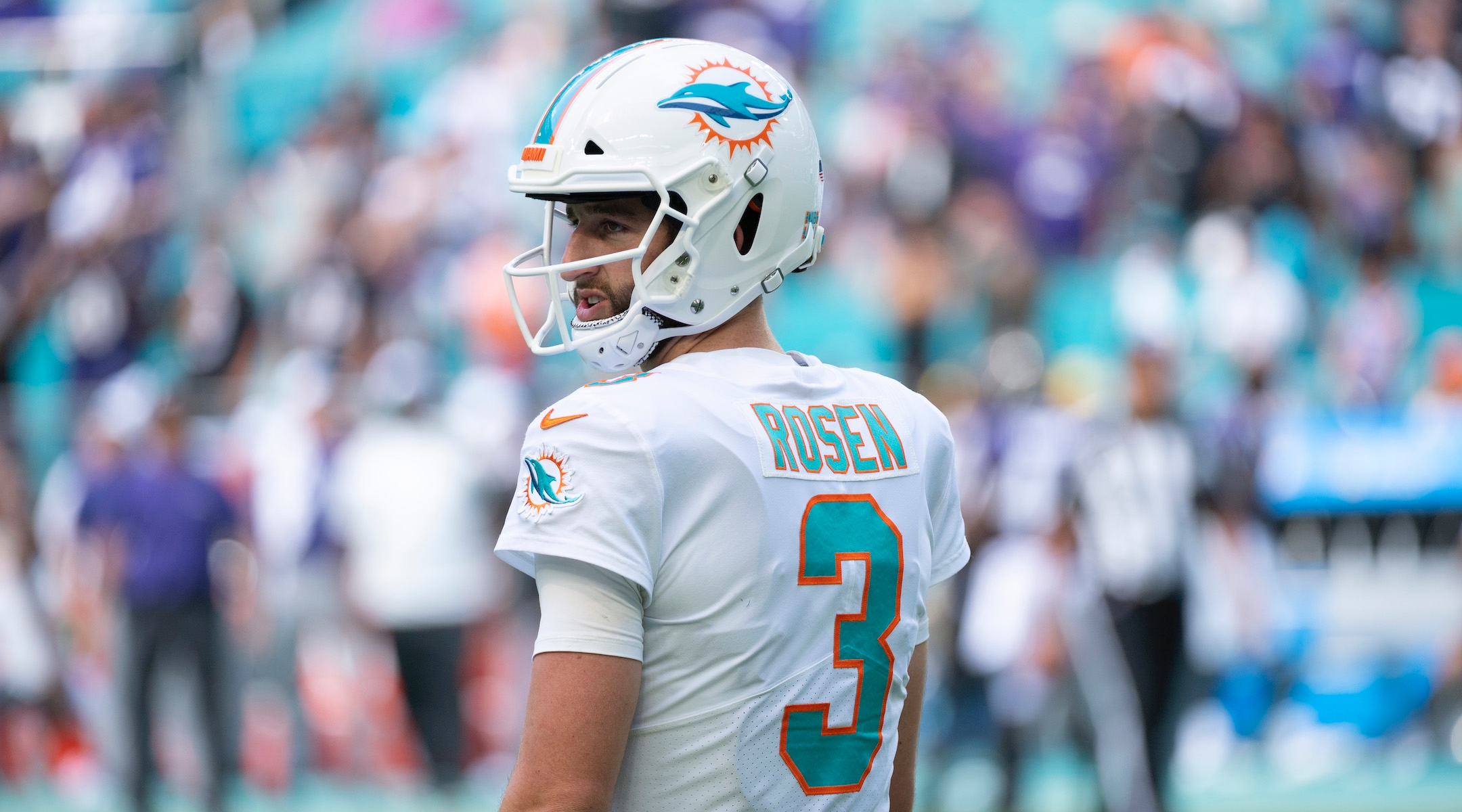 Josh Rosen on the field during a game between the Baltimore Ravens and the Miami Dolphins at the Hard Rock Stadium in Miami Gardens, Fla., Sept. 8, 2019. (Doug Murray/Icon Sportswire via Getty Images)
Advertisement

(JTA) — It took two abysmal losses for Josh Rosen to get his opportunity to start at quarterback for the Miami Dolphins.

Rookie head coach Brian Flores, following routs at the hands of the Baltimore Ravens and New England Patriots, is turning to the Jewish quarterback to perhaps change his football team’s fortunes when the Dolphins visit the Dallas Cowboys on Sunday.

Flores made the move to Rosen, a second-year player who was traded in the offseason from the Arizona Cardinals, on Thursday.

“I think he saw an opportunity and jumped at it in practice really well,” the coach said at a news conference Friday, NBC Sports reported.

Rosen played late in the two blowout losses. The Cowboys, 2-0 like the Ravens and Patriots, will be a major test as well for a team that some said was throwing away this NFL season in order to build a better future. The AFC club played the journeyman Ryan Fitzpatrick at quarterback the first two games and traded away some of its top players to procure high draft picks.

Will Rosen be part of that future? Though drafted in the first round by the Cardinals, the former UCLA standout lasted only a season there after starting the last 13 games.

“His development’s very important to me, so I never wanted to throw him in there too quickly,” Flores said at the news conference. “I do think he’s ready.”

Speaking of the long term, Flores said there was potential for Rosen to stay the starter but he wanted the quarterback to focus on this week.