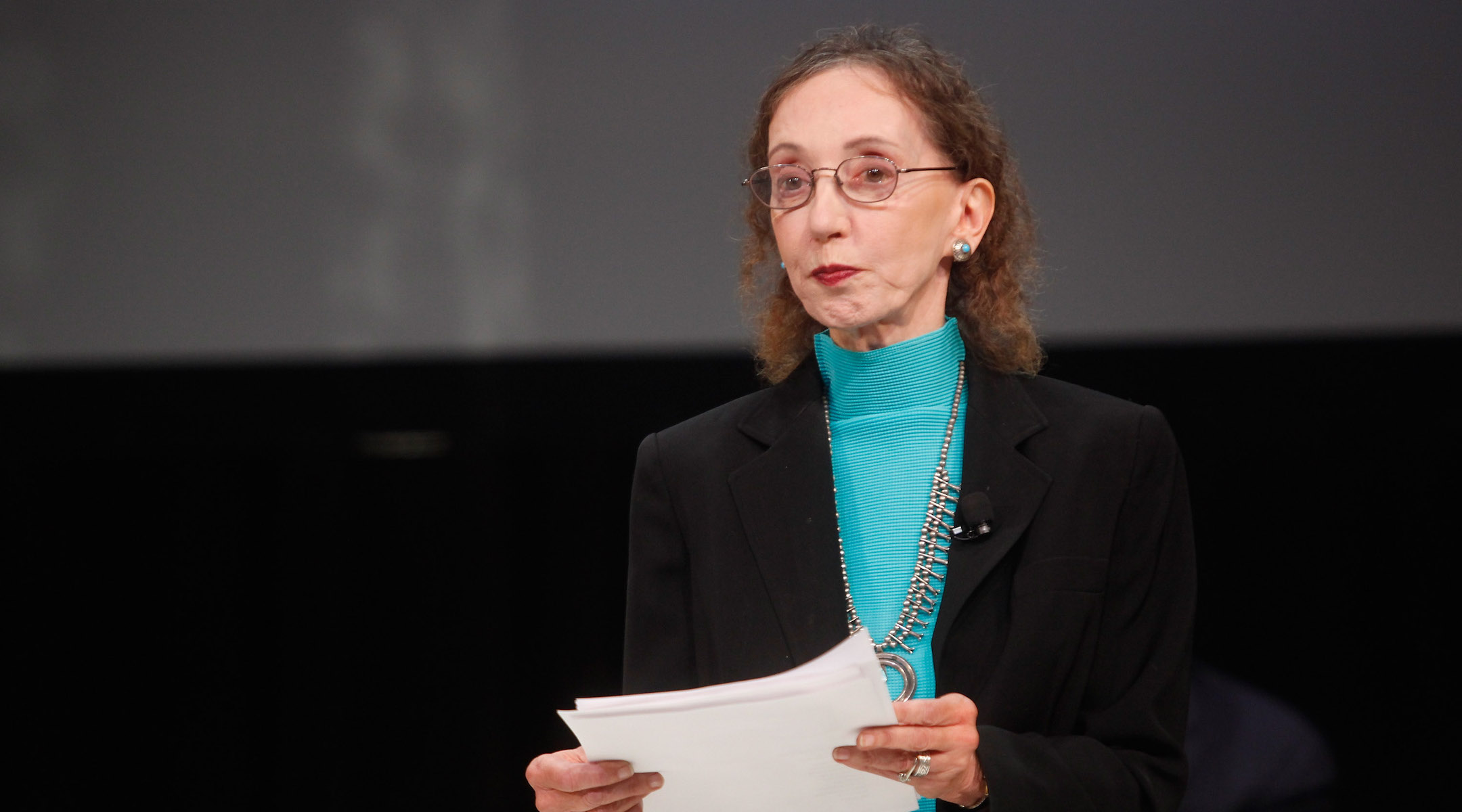 (JTA) — Joyce Carol Oates’ grandmother was Jewish, but the author wasn’t aware of that fact until after her grandmother’s death in 1970. After immigrating to America, Oates’ ancestor hid her Jewish heritage from the rest of her family.

“I felt an immense loss and sympathy because I never really knew that my grandmother was Jewish, so my whole cultural inheritance was lost,” the acclaimed novelist told The Associated Press on Sunday in Jerusalem, where she received the prestigious Jerusalem Prize.

Her grandmother, who fled persecution in Germany in the late 19th century, helped foster Oates’ love of books, giving her a copy of “Alice in Wonderland” and a library card at a young age.

“No one else in my Hungarian and Irish family had any interest in books,” she said. “There’s a tragedy at the loss of my grandmother’s history, but then a joy in this connection.”

Oates, who at 80 is still writing novels (she has published nearly 60 to date), said she has been inspired by her first trip to Israel.

“I’m excited to be here, listening to the Hebrew language,” she said. “I’m very interested in that culture and identity … and trying to see how I could write about it.”

Oates has won a National Book Award and been nominated five times for the Pulitzer Prize, but she told AP that the Jerusalem Prize is “the high point” of her career. Other writers who have won the prize — awarded biannually at the Jerusalem International Book Fair to authors who write about themes of human freedom — include Jorge Luis Borges, Susan Sontag, Arthur Miller, V.S. Naipaul and Octavio Paz.