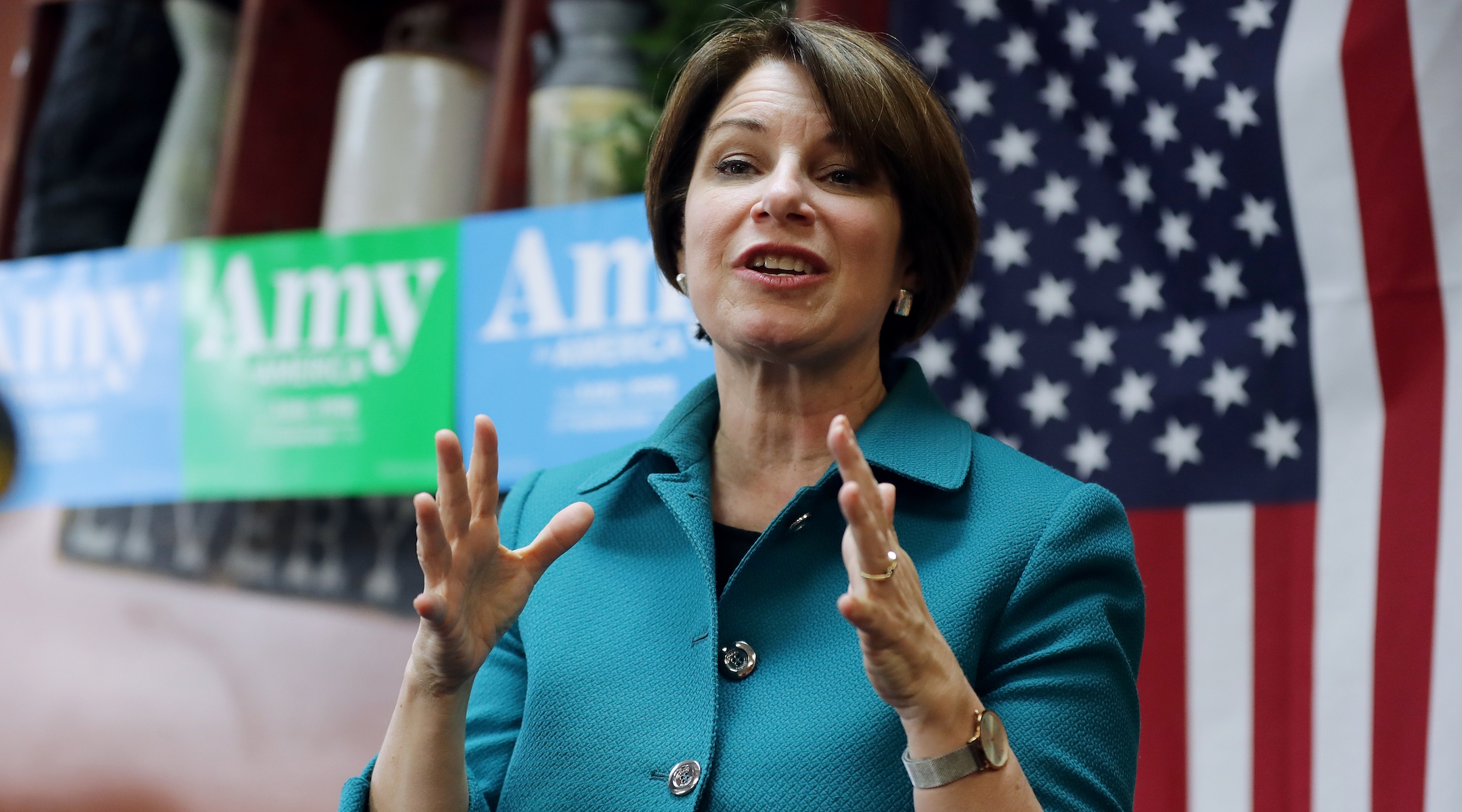 WASHINGTON (JTA) — Sen. Amy Klobuchar, who is trailing in her bid to win the Democratic presidential nomination, met in Washington, D.C., with Jewish Democrats.

Among those on hand was Rep. Dean Phillips of Minnesota, a freshman Jewish congressman, liquor heir and grandson of Abigail Van Buren, the late advice columnist known as Dear Abby.

Among the 24 Democratic candidates, Klobuchar is among the closest to the mainstream pro-Israel community.

She is polling in the low single digits.