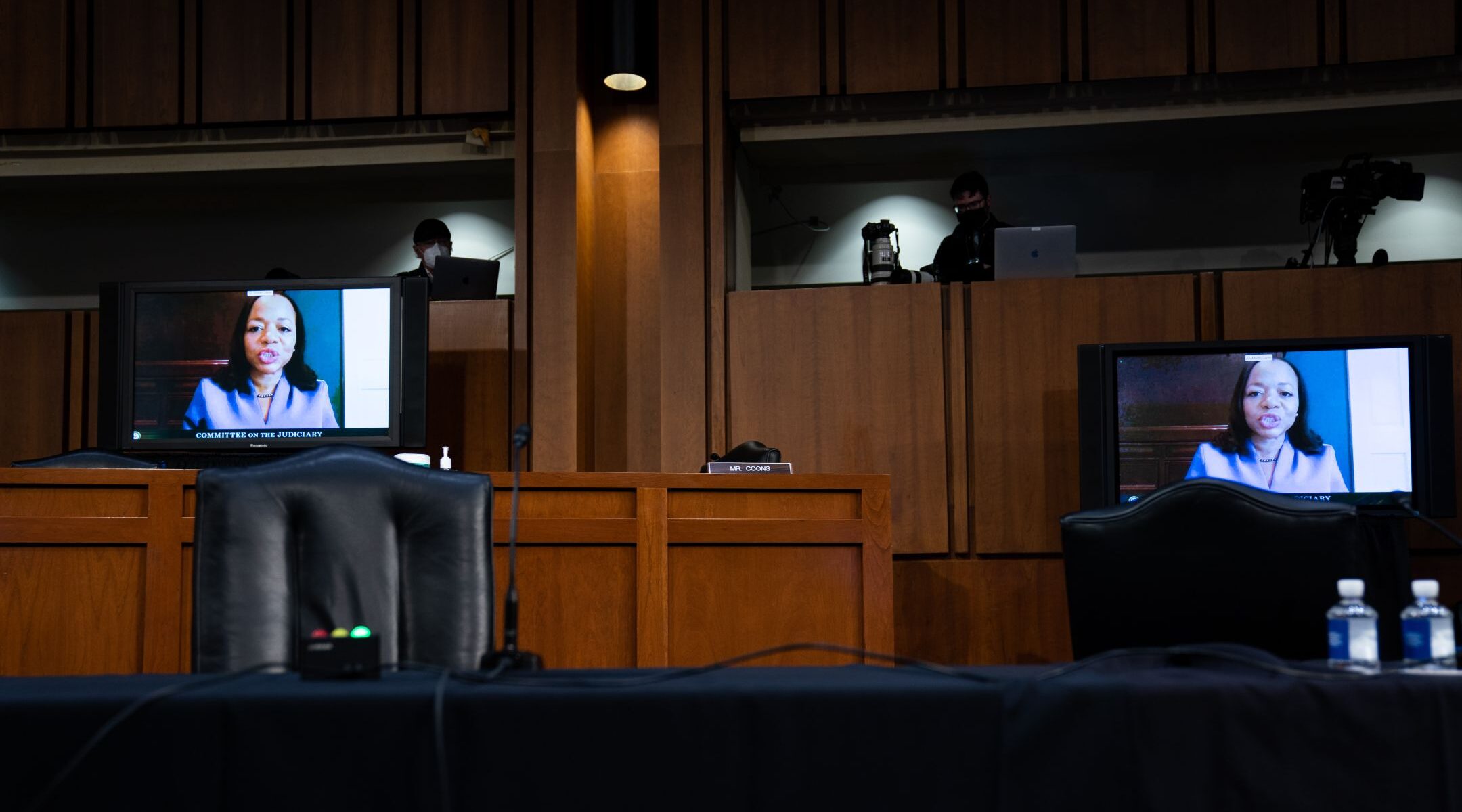 (JTA) — Kristen Clarke, President-elect Joe Biden’s nominee to head the civil rights division at the Justice Department, said it was a mistake to have invited the author of an anti-Semitic screed to speak at Harvard when she headed a black student group there.

In 1994, Clarke as the leader of a Black Student Association invited Tony Martin, author of a book called “The Jewish Onslaught,” to speak and defended him afterward. Jews on campus at the time were appalled by the invitation.

“Giving someone like him a platform, it’s not something I would do again,” she told the Forward on Thursday.

Clarke, the president of the Lawyers’ Committee for Civil Rights Under Law, has worked closely in recent years with Jewish groups in combatting white supremacists.

Biden announced his choice of Clarke on Monday, which earned praise from the Anti-Defamation League.

The following day Tucker Carlson, a Fox News Channel host, uncovered 1994 stories in the Harvard Crimson about the Martin controversy. Subsequently, statements from liberal Jewish groups backing Clarke were more pointed in rejecting the bid to stigmatize her with actions she took as a student.

“This week, Kristen Clarke acknowledged she made a mistake when, as a student at Harvard, she gave a professor who promoted antisemitic conspiracy theories a platform,” Bend the Arc: Jewish Action said Thursday on Twitter. “She unequivocally denounces anti-Semitism — and acts upon that commitment in fighting religious discrimination.”

Also praising Clarke on Thursday for her work combatting anti-Semitism were the National Council of Jewish Women, the Jewish Democratic Council of America, and Joel Rubin, the American Jewish Congress executive director.

Rabbi Jill Jacobs, who directs T’ruah, a rabbinical human rights group, said in an interview that Clarke’s statement this week was a “model of teshuvah,” or repentance, and derided those on the right who would stigmatize someone for something they said as a teenager.

Some of Carlson’s attacks on Clarke include remarks by Clarke, ripped from context, about white supremacy during her Harvard years, when she contrasted it with black supremacy.

“It’s not accidental that people on the right are specifically going after women of color and trying to dig up anything from their past even if it’s something that happened when they’re 19,” Jacobs said.

The Zionist Organization of America called for Biden to withdraw Clarke’s nomination because of her past actions and statements. “Clarke’s longstanding and recent promotion of antisemitism and racism disqualifies her to head a government office entrusted with combating these scourges,” said a ZOA release.