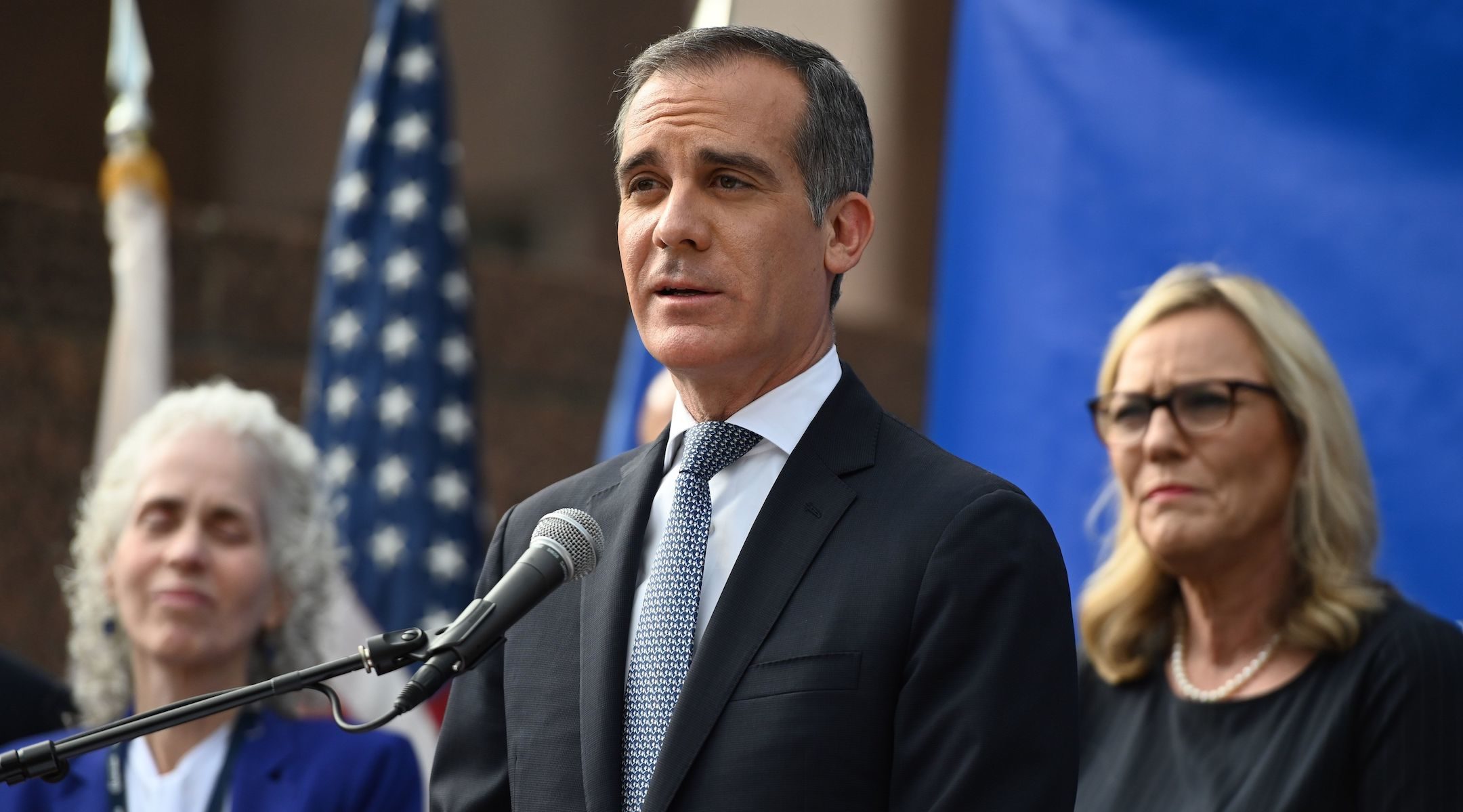 Eric Garcetti says he is taking himself out of the running for a job in the Biden administration, Politico reported Thursday. Garcetti was a co-chair of Joe Biden’s campaign and helped select Kamala Harris, a California senator, as Biden’s running mate.

Garcetti, nearing the end of his second term, said he needed in his city, as he grapples with the pandemic and with the aftermath of protests against police brutality.

“Joe Biden has told me for the last two years that he was very interested in me coming to Washington, D.C., and there were things on the table for me,” Garcetti told Politico. “As the administration reached out to me about serving, I let them know early this week that my city needs me now, and then I want to be here and that I need to be here.”