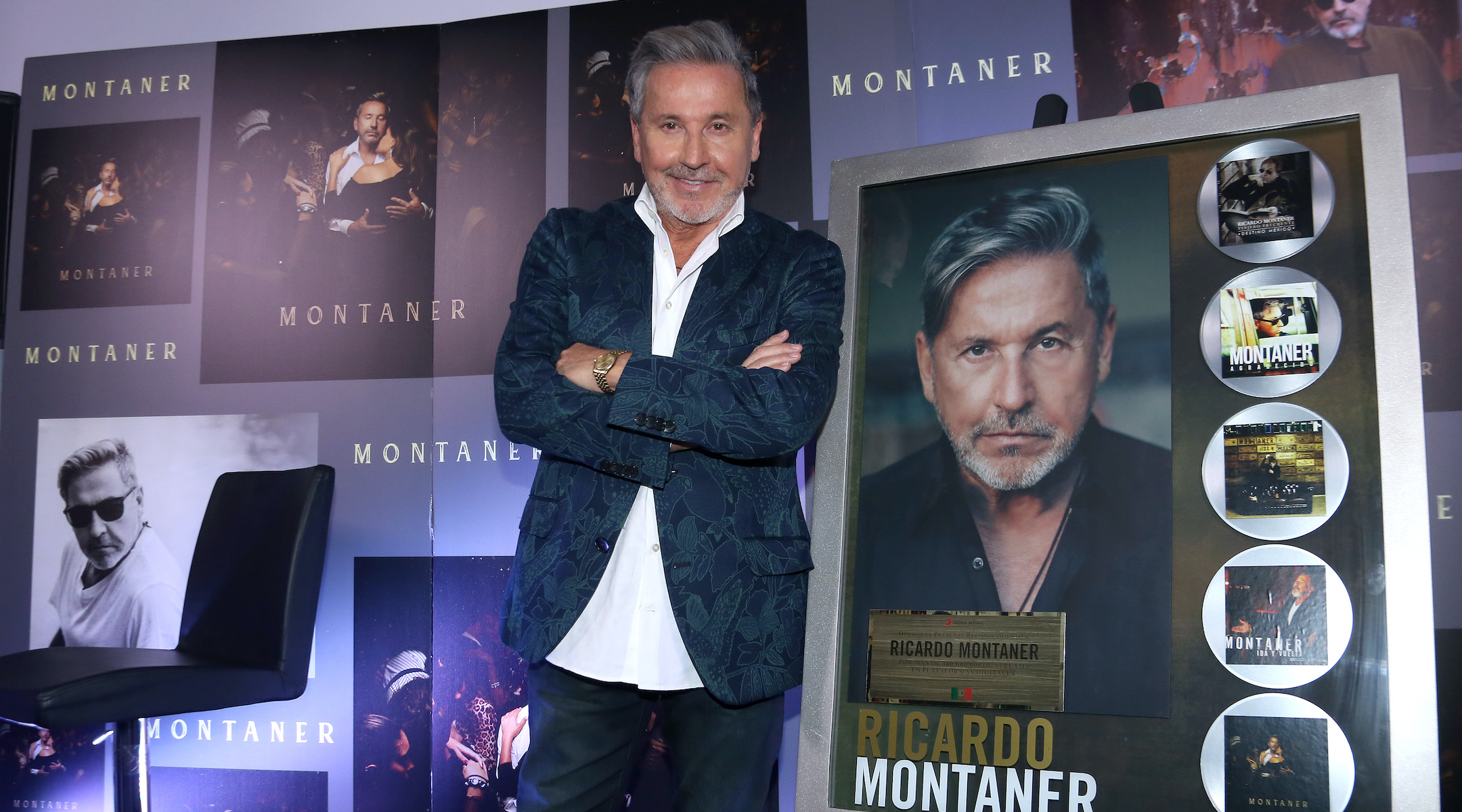 BUENOS AIRES (JTA) — With over 20 million records sold worldwide, Ricardo Montaner is one of the best-selling Latin American musicians of all time. So when he speaks, many fans listen.

He surprised many of those fans on Sunday when he commented on an Instagram post by his soon-to-be daughter-in-law.

Stefi Roitman, a Jewish Argentine TV star, announced her engagement to Montaner’s son Ricky in the post to the her 2.2 million followers. Ricardo Montaner commented: “You make me very happy, making my son happy … I love you and I will witness the happiness that you both deserve. Having a Jewish daughter-in-law is a gift from God …”

Several Spanish language outlets reported on how the comment garnered nearly 25,000 likes. One called it “striking.” Another said that it is drawing a lot of attention.

The elder Montaner is evangelical Christian.

Ricky Montaner chose an interesting Jewish time to propose: during the Roitman family’s Rosh Hashanah dinner. The Roitmans in Buenos Aires joined a Zoom call with the Montaners, who now live in Miami. Stefi Roitman, 26, and Ricky Montaner, 29, live in Miami as well.

Roitman has appeared in multiple contest, reality and kids shows in Argentina. She was born on July 18, 1994, the day of the infamous AMIA Jewish center bombing in Buenos Aires, which killed 85 people and injured hundreds. She appeared in a video about the 25th anniversary of the bombing last year.