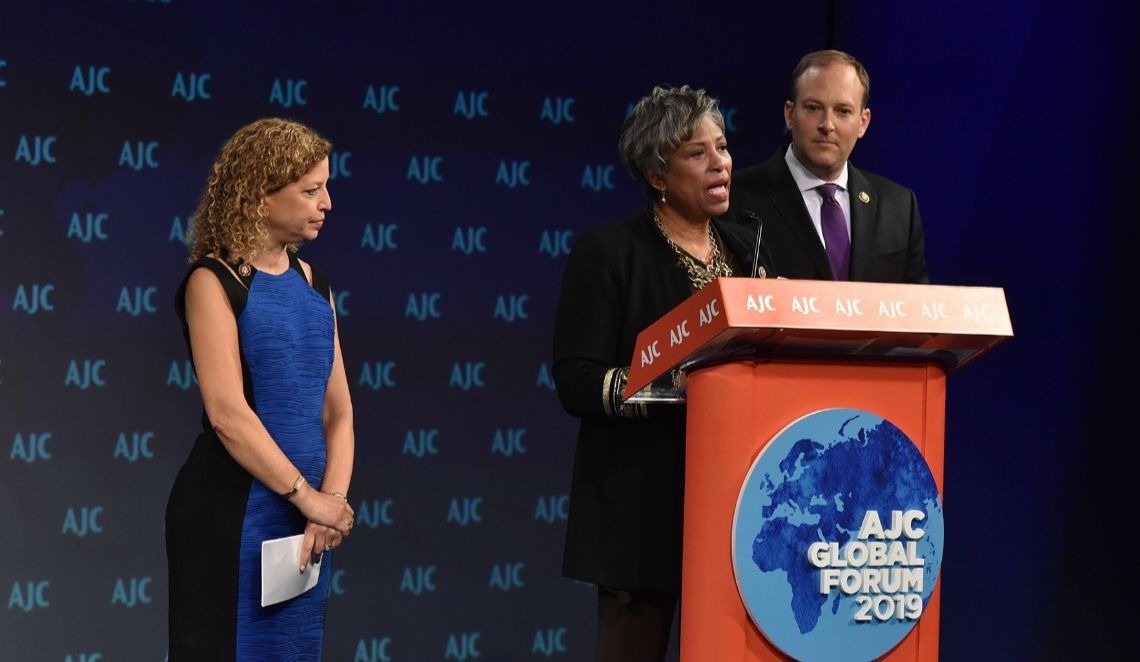 WASHINGTON (JTA) — Three black and two Jewish members of the U.S. House of Representatives from both parties launched a black-Jewish caucus.

The caucus, launched after meeting convened by the American Jewish Committee in January, will work to bring blacks and Jews together to back hate crimes legislation and combat white supremacist ideology and actions. White supremacists carried out two lethal attacks on synagogues since last October, in Pittsburgh and in Poway, California.

“The African-American and Jewish communities have a history of standing together for the promotion of social justice and civil rights,” Rep. Brenda Lawrence, D-Mich., said Monday at the AJC’s annual Global Forum here. “To encourage and nurture this unique partnership, I have formed the Congressional Caucus on Black-Jewish Relations with the hopes of strengthening the trust and advancing our issues in a collective manner.”

Along with Lawrence, present at the AJC event were Zeldin and Wasserman Schultz, who are both Jewish.

“It is clear our communities are still the target of hate and discrimination, and we will not stand idly by,” Zeldin said.

“White supremacy threatens both our communities and the Caucus will build on our common fight for a better world,” Wasserman Schultz said on Twitter.

Last month, members of the Congressional Black Caucus split with the party majority  over a resolution meant to quell a controversy over remarks by Rep. Ilhan Omar (D-Minn.) that were widely perceived as invoking anti-Semitism. Some black lawmakers objected to their colleagues’ haste in rebuking an African-American lawmaker. The eventual resolution was broadened to denounce “anti-Semitism, Islamophobia, racism and other forms of bigotry,” and did not mention Omar by name.