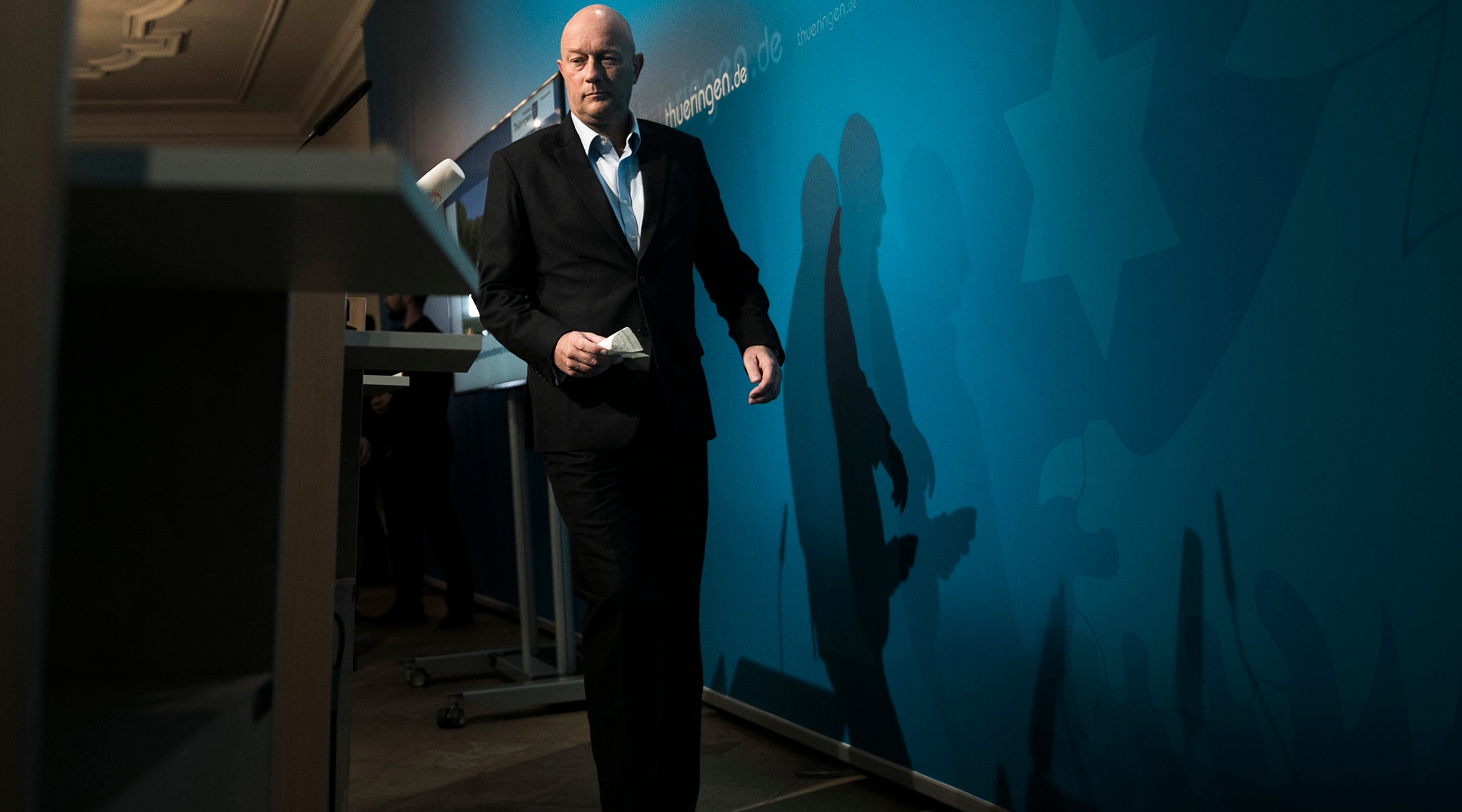 Thomas Kemmerich, who was elected governor of Thuringia but resigned the post, arrives at a press conference in Erfurt, Germany, Feb. 6, 2020. (Carsten Koall/Getty Images)
Advertisement

(JTA) — A German politician stepped down a day after being elected the leader of his local parliament amid criticism over support he received from a far-right party.

Thomas Kemmerich of the centrist Free Democratic Party walked away from the leading the central German state of Thuringia on Thursday.

The decision came a day after he had been elected leader of the state’s parliament in a vote in which he had accepted support from the far-right Alternative for Germany, or AfD, party. German Chancellor Angela Merkel’s party, the Christian Democratic Union, had also voted for Kemmerich’s party. Kemmerich and Merkel’s parties are both center-right.

The vote was significant — and sparked nationwide protests — because it represented the first time the far-right AfD had helped form a government in the country. Kememrich said he stepped down to allow reelections. Two thirds of the parliament will need to vote for that to happen.

Critics accused the two mainstream parties of deliberately joining hands with the far right in order to block the Left Party, a socialist party that had actually won the largest percentage of the popular vote in October.

Josef Schuster, head of the Central Council of Jews in Germany, in a statement said the resignation was “the only acceptable” action.

“We cannot have a government that is beholden to the AfD; not in the state of Thuringia, and not anywhere,” he said.

Jewish and Muslim groups in Germany have expressed fears about the rise of the nationalist and anti-immigrant AfD party.