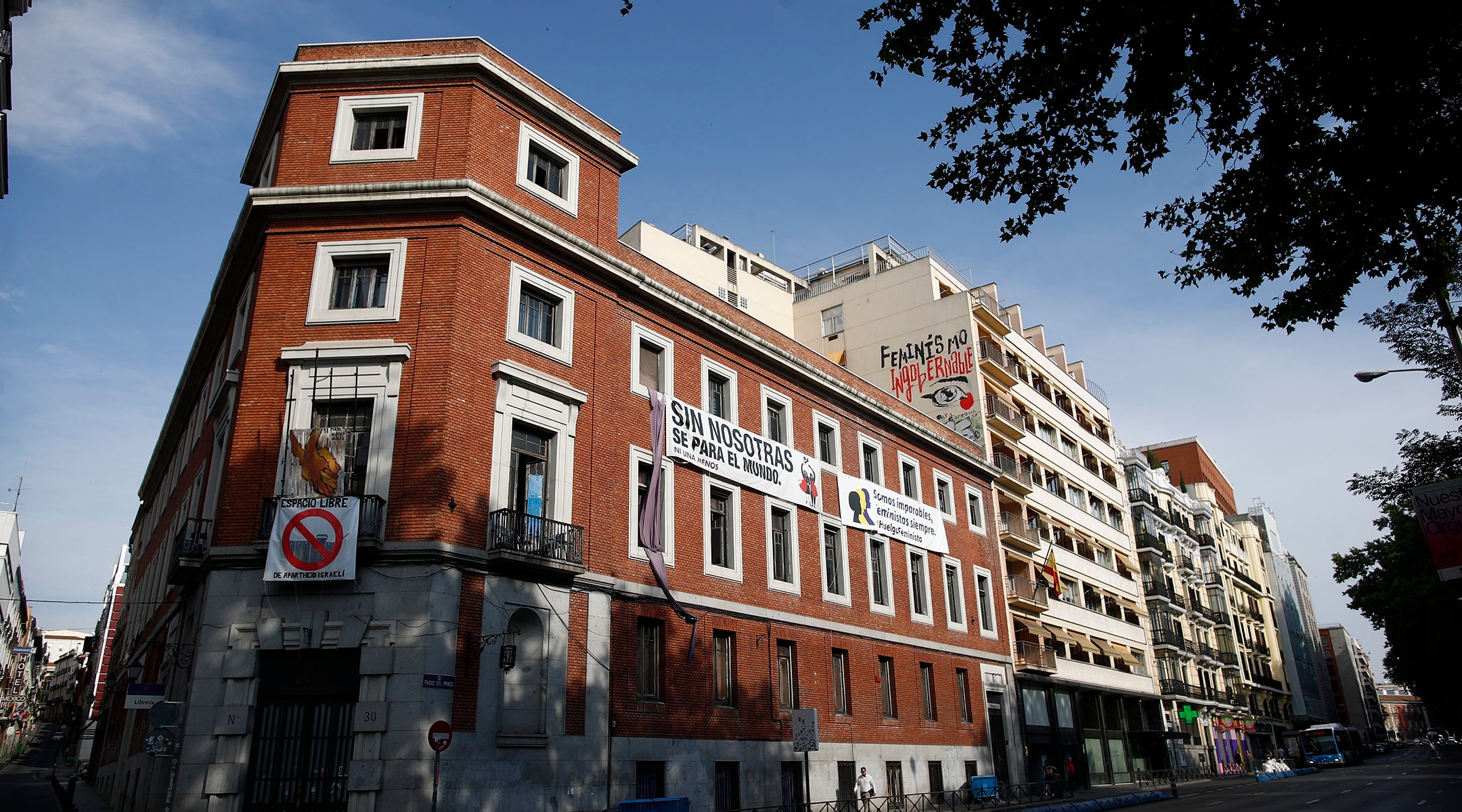 The building known as "The Ungovernable," which is to become the Jewish museum of Madrid, is pictured when it was still illegally occupied by far-left activists, July 4, 2019. (Eduardo Parra/Europa Press via Getty Images)
Advertisement

(JTA) — Madrid will open a Jewish museum in a building that it reclaimed from far-left activists, the city’s mayor said Thursday.

The museum is set to open within two years in the building nicknamed “The Ungovernable.” It had been illegally occupied since 2017 by members of the anti-capitalist Occupy network, Libertad Digital reported.

“This is the only major capital in Western Europe without a museum, yet it has deep Jewish ties to countless Jews who continue to nurture the Sephardic culture since the expulsion of 1492 and their affection to Spain,” Mayor Jose Luis Martínez-Almeida of the right-wing Popular Party said in a speech announcing the decision.

Neither Madrid nor the Portuguese capital of Lisbon have Jewish museums despite how both countries once were major hubs of European Jewry until the church-led campaign of persecution known as the Inquisition virtually wiped out their Jewish communities from 1492 onward.

Lisbon’s Jewish museum was scheduled to open in 2017 but has been stalled amid opposition by residents and some local politicians.

Fundacion Hispano-Judia, a Madrid nonprofit promoting Jewish heritage, will be responsible for providing funding, Martínez-Almeida said. He did not specify costs.

His municipality won a protracted legal battle to evict the squatters from the building in November. The museum will be leased free for 50 years.

A Jewish museum may bolster Madrid’s bid for UNESCO recognition of the central Cortes area where the museum will be opened, according to Libertad.