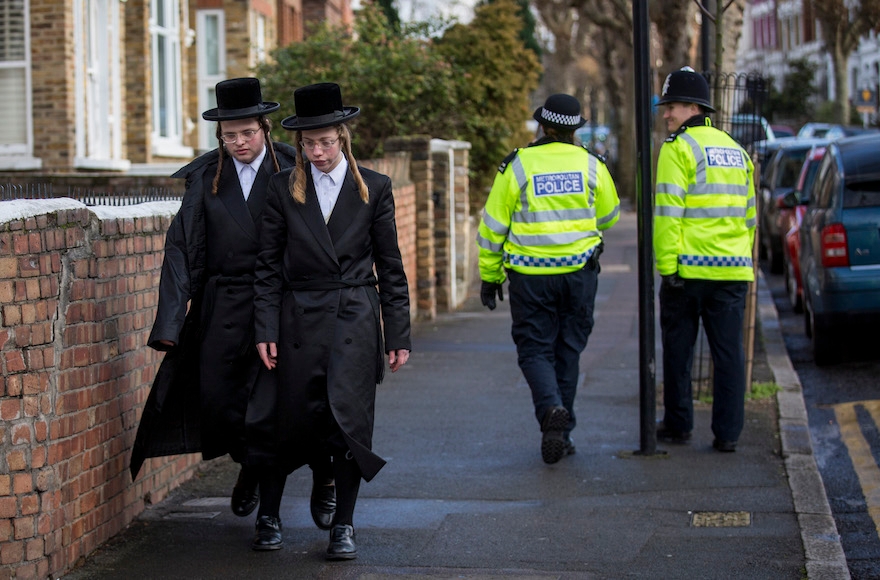 (JTA) — A London man was charged with attempted murder in the stabbing of a rabbi on a city street.

The suspect in custody was identified as Stanley Frances of Stoke Newington, located in northeast London. He is scheduled to appear at Thames Magistrates’ Court on Monday, the London-based Jewish Times reported. He also was charged with possession of an offensive weapon, according to the report.

He was taken into custody the day after the Friday morning attack on Rabbi Alter Yaacov Schlesinger of the Satmar Yeshiva in Stamford Hill, the Jewish Chronicle reported. The rabbi, who is in his 50s, is reported to be in stable condition after being stabbed multiple times on High Street in Stoke Newington.

Passersby detained Frances, who they said perpetrated the attack, until police arrived.

Police said they are “maintaining an open mind” about the motive for the attack, The Guardian reported. They have not yet said the attack was a hate crime or linked to anti-Semitism.

A construction site manager and his brother ran toward the alleged attacker and held him down after hearing a “serious scream.”

The manager, Lazar Friedlander, told the daily newspaper Express that he believes the rabbi was targeted for being Jewish.

“Why he stabbed the Jewish man? I reckon it was a hate crime,” Friedlander said.

Northern London is home to a large Orthodox community as well as many non-Orthodox Jewish residents.