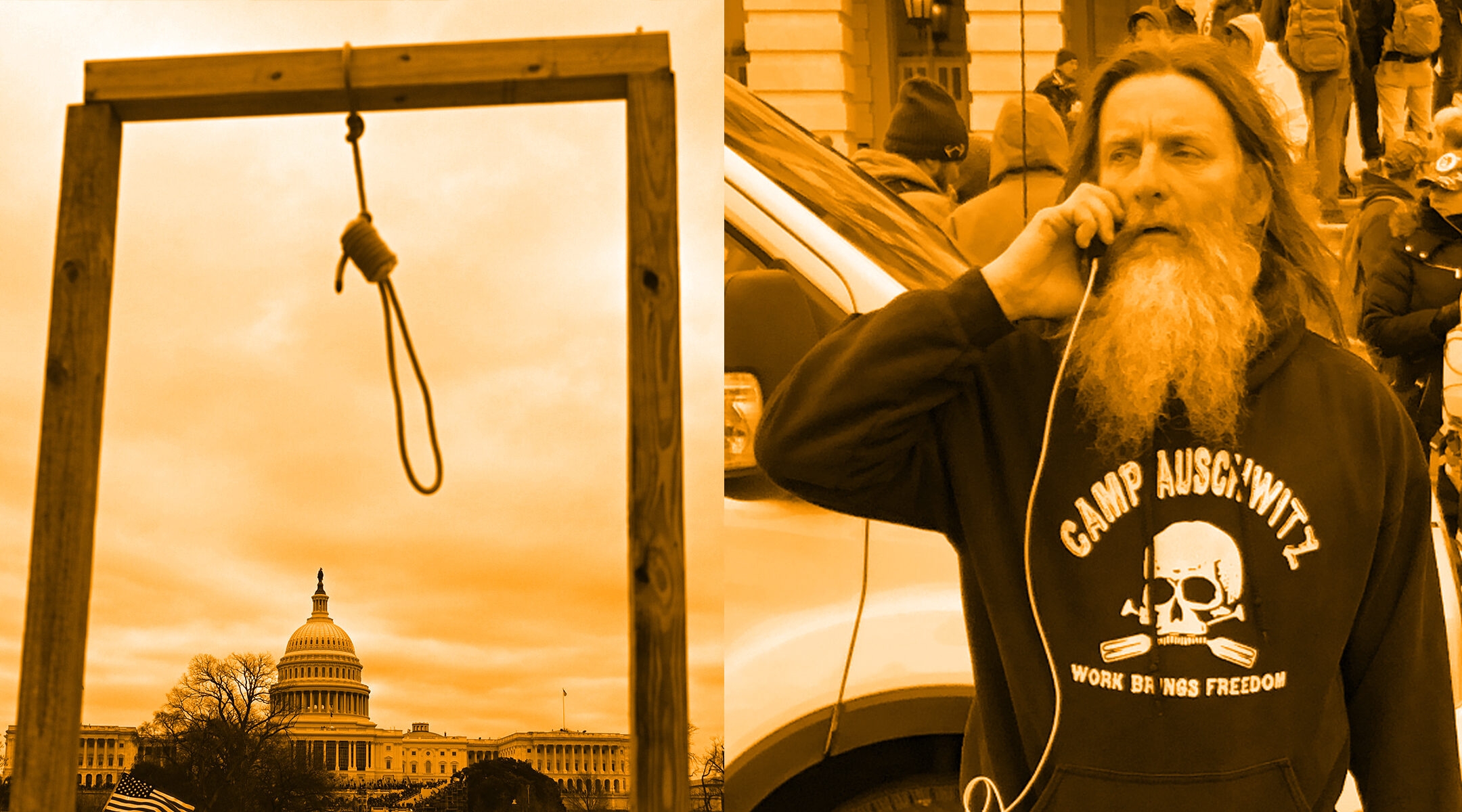 Right: A man seen on Reddit during the Capitol rioting was identified as Robert Keith Packer of Virginia and taken into custody. Left: A noose hung by rioters during the rioting in Washington, Jan. 6, 2021. (Andrew Caballero-Reynolds/AFP via Getty Images)
Advertisement

(JTA) — A man seen wearing a “Camp Auschwitz” T-shirt during the Capitol insurrection was arrested Wednesday.

Federal authorities took Robert Keith Packer, 56, into custody in Newport News, a city on Virginia’s central coast. Authorities throughout the country are seeking to arrest dozens of people identified on video and in photos of the riot last week.

His shirt also said “Work Brings Freedom,” a rough translation of the phrase that greeted Jewish prisoners arriving at the Nazi death camp. The back said “Staff.”

On Jan. 6, President Donald Trump urged thousands of supporters to march on the Capitol to protest a congressional procedure affirming Joe Biden’s election as president. Hundreds of the supporters marauded through the Capitol, looting offices and driving lawmakers into hiding.

A number of retailers, including Etsy, have removed clothing with similar slogans after the riots.