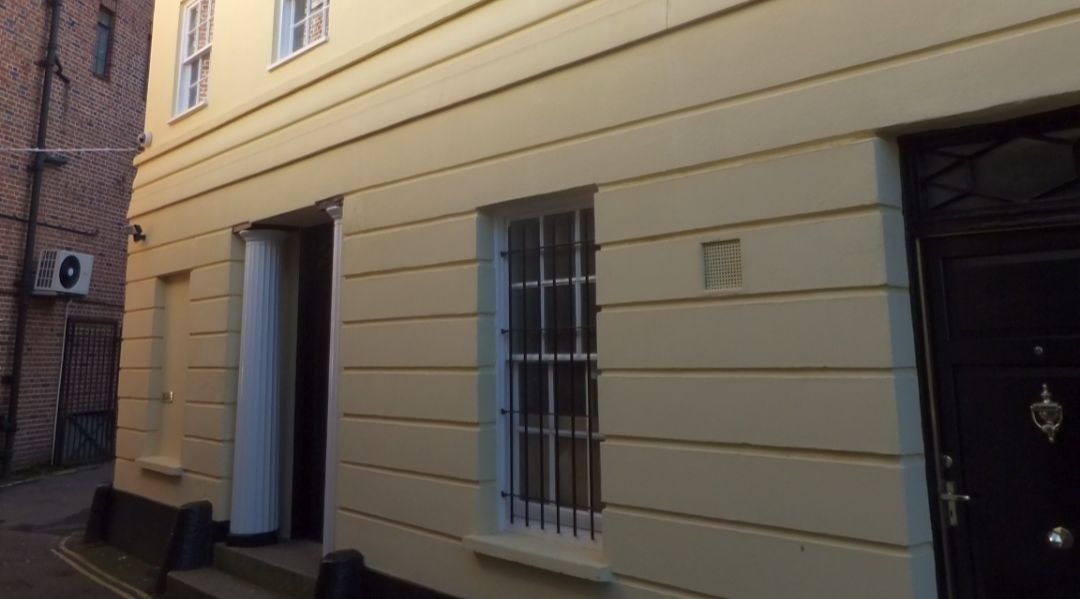 The Exeter Synagogue,the third oldest in the England, was dedicated in 1764. (David Smith/Wikimedia Commons)
Advertisement

(JTA) — The man who set fire to the 18th-century Exeter Synagogue in Devon, England one year ago has been ordered to remain hospitalized indefinitely.

Tristan Morgan, 52, also set himself on fire when he attempted to burn down the historic synagogue on July 21, 2018, which was the Jewish fast day of Tisha B’Av. The crime was captured by a surveillance camera. Prosecutors told a London court on Friday that Morgan was laughing after he caught on fire, and that he was having a psychotic episode at the time of the attack.

He reportedly told police at the time of his arrest, shortly after the attack: “Please tell me that synagogue is burning to the ground, if not, it’s poor preparation.”

The court ordered Morgan to be held in the hospital under the Mental Health Act along with a restriction order for the safety of the public, the London-based Jewish Chronicle reported.

“Tristan Morgan’s violence was partly driven by his hatred of Jewish people which was clear from the library of extremist literature he had,” the Crown Prosecution Service said. He also composed folk songs encouraging violence against Jews.

A police search of his home and car found 24 knives, a sword, hunting knife and the axe he used in the arson attack. His electronic devices contained anti-Semitic and neo-Nazi material, including documents about Holocaust denial, “ethnic cleansing,” and supposed Jewish global power.

The synagogue, the third oldest in the country and dedicated in 1764, suffered $29,000 in damages.