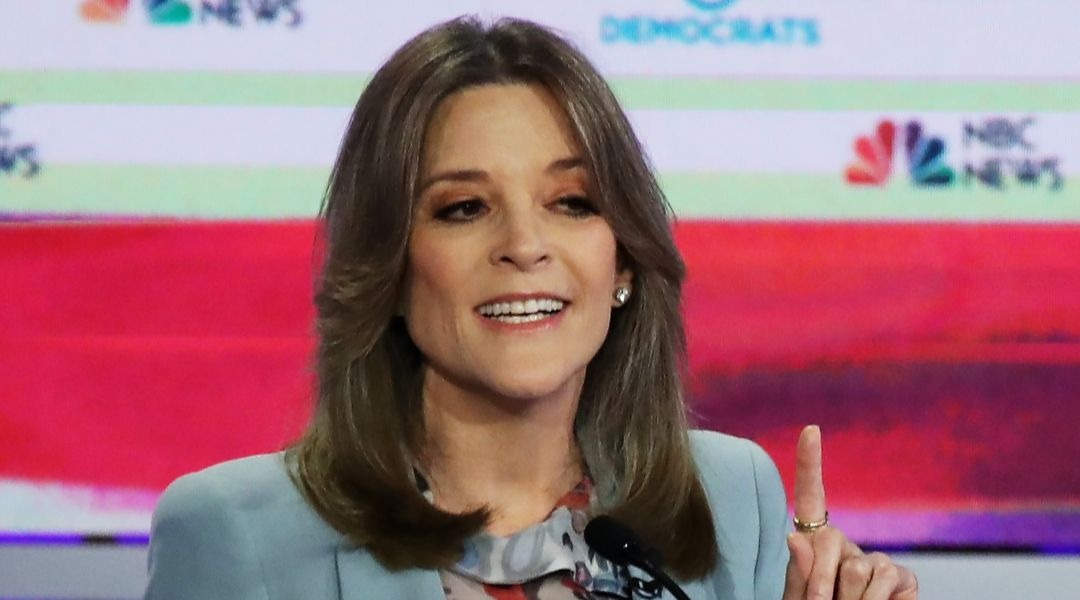 (JTA) — Marianne Williamson has ended her run for president.

The Jewish writer and self-help guru made the announcement in a message to supporters on Friday, The New York Times reported.

“I stayed in the race to take advantage of every possible opportunity to share our message,” she said. “With caucuses and primaries now about to begin, however, we will not be able to garner enough votes in the election to elevate our conversation any more than it is now.”

The longshot candidate had laid off her staff earlier this month and had not qualified for recent presidential debates. Among her campaign promises was paying reparations to African-Americans for slavery and creating a Department of Peace.

Williamson drew criticism for some controversial comments on health issues, including calling mandatory vaccines “Orwellian” and clinical depression “a scam.” She later backtracked on the comments.

Williamson grew up in Houston attending Congregation Beth Yeshurun, a Conservative synagogue where she also went to Hebrew school. In 2018, she spoke to the Jewish Telegraphic Agency about having recently attended High Holiday services at an Orthodox synagogue and visiting Israel many times in recent years.