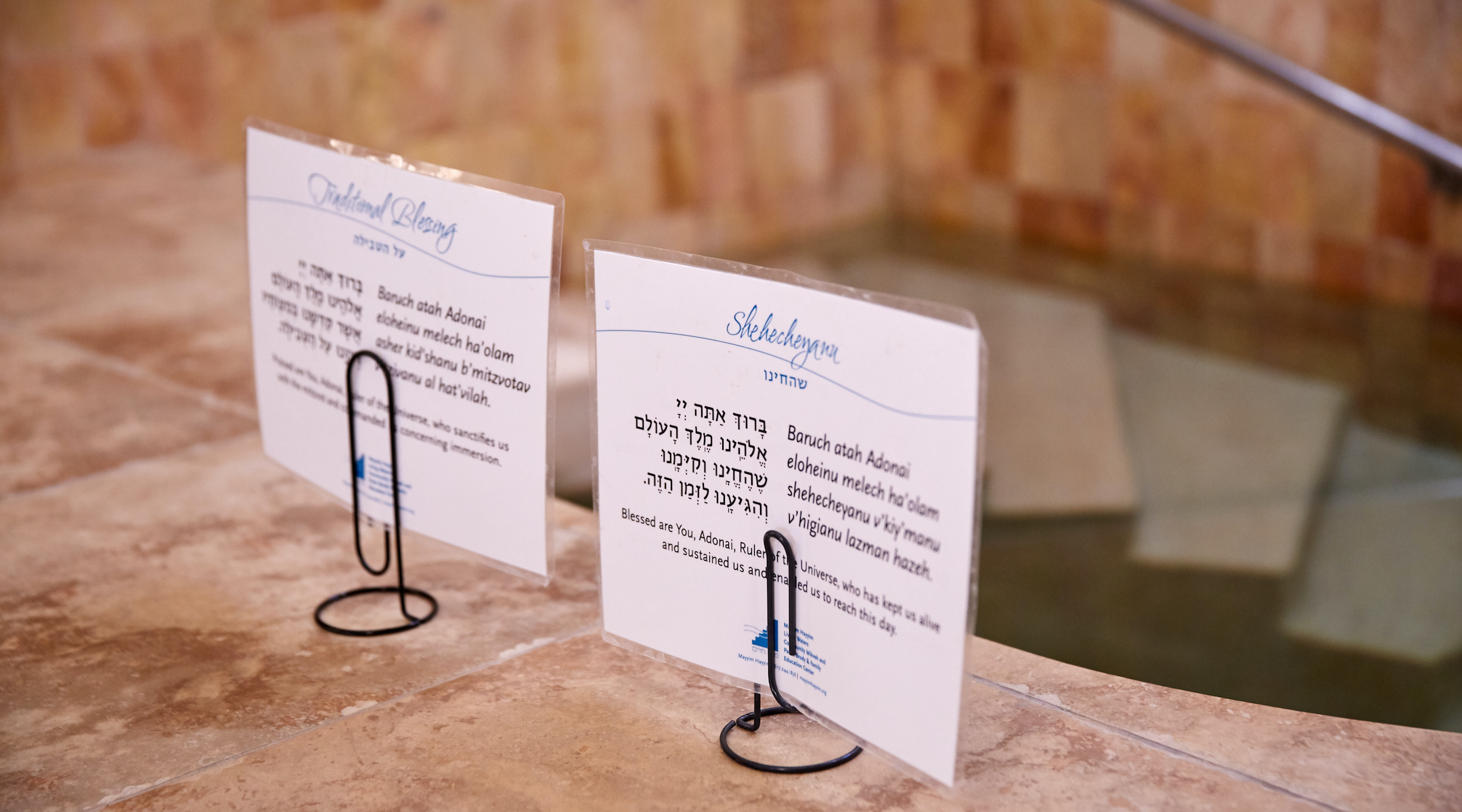 Mayyim Hayyim in Newton, Mass., is staying open but has instituted stricter guidelines to reduce the risk of coronavirus transmission. (Courtesy of Mayyim Hayyim)
Advertisement

(JTA) — Mayyim Hayyim, a community mikvah in Newton, Massachusetts, is closing to prevent the spread of the coronavirus, the organization announced Friday.

“This decision was made based on the Jewish principle of pikuach nefesh, the belief that preserving human life takes precedence over most all other religious mandates,” Mayyim Hayyim said in a message to users. “We close the mikveh to avoid the possibility that one of our guests, volunteers, or staff could contract the virus.”

Mikvahs enable Jewish women who observe religious law to resume physical relations with their husbands following the completion of their menstrual cycle. For Jews who observe the laws of mikvah most scrupulously, closing the women’s baths could mean not only no sex, but touching of any kind between spouses.

Like many other mikvahs, Mayyim Hayyim had remained open even after other Jewish institutions shut down, employing enhanced cleaning procedures in mitigate risk.

But an epidemiologist cautioned against keeping ritual baths open in an interview with the Jewish Telegraphic Agency last month.

“It would be safe to say that most epidemiologists would suggest that if there was a way to have an opportunity to put a stay on this type of activity until this epidemic has passed, that would be prudent,” said Ted Cohen, a professor at Yale University’s School of Health.

The email from Mayyim Hayyim said other ritual baths in the Boston area remained open and noted that natural bodies of water can be used for ritual immersion. The message also referred to rulings by the Conservative movement and discussions by rabbis affiliated with the nondenominational Yeshivat Hadar related to using showers as mikvahs in extenuating circumstances.