Mezuzah smashed, swastika carved into doorframe of Jewish student’s home in the Netherlands 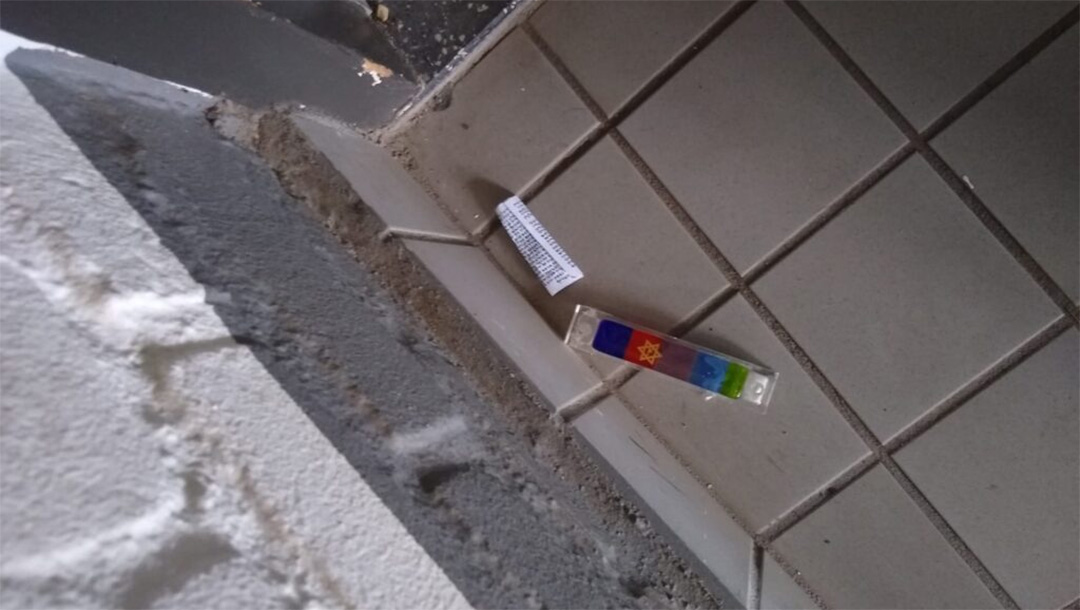 A vandalized mezuzah lies on the floor at the entrance to a Jewish student's home in Maastricht, the Netherlands on Feb. 18, 2021. (Stand With Us Netherlands)
Advertisement

AMSTERDAM (JTA) — A swastika was carved into the doorframe of a Jewish student’s house in the Dutch city of Maastricht and the mezuzah was torn off.

The Maastricht University student discovered the damage to his mezuzah, an object containing scripture on parchment that Jews affix to their doorframes, and made a police complaint on Thursday, the Netherlands chapter of the StandWithUs pro-Israel group wrote in a statement.

The student, whom StandWithUs did not name, suspects one of his neighbors perpetrated the vandalism, according to the statement, but no one has been apprehended. The student and Elad Zigler, the director of StandWithUs Netherlands, said they consider the incident an anti-Semitic attack.

Dutch Jewry’s watchdog for anti-Semitism last year recorded the highest number of anti-Semitic incidents ever observed in a calendar year.

The group, the Center for Information and Documentation on Israel, or CIDI, has been monitoring anti-Semitism in the Netherlands for about 30 years. It listed 182 incidents in 2019, an increase of 35% from 2018.