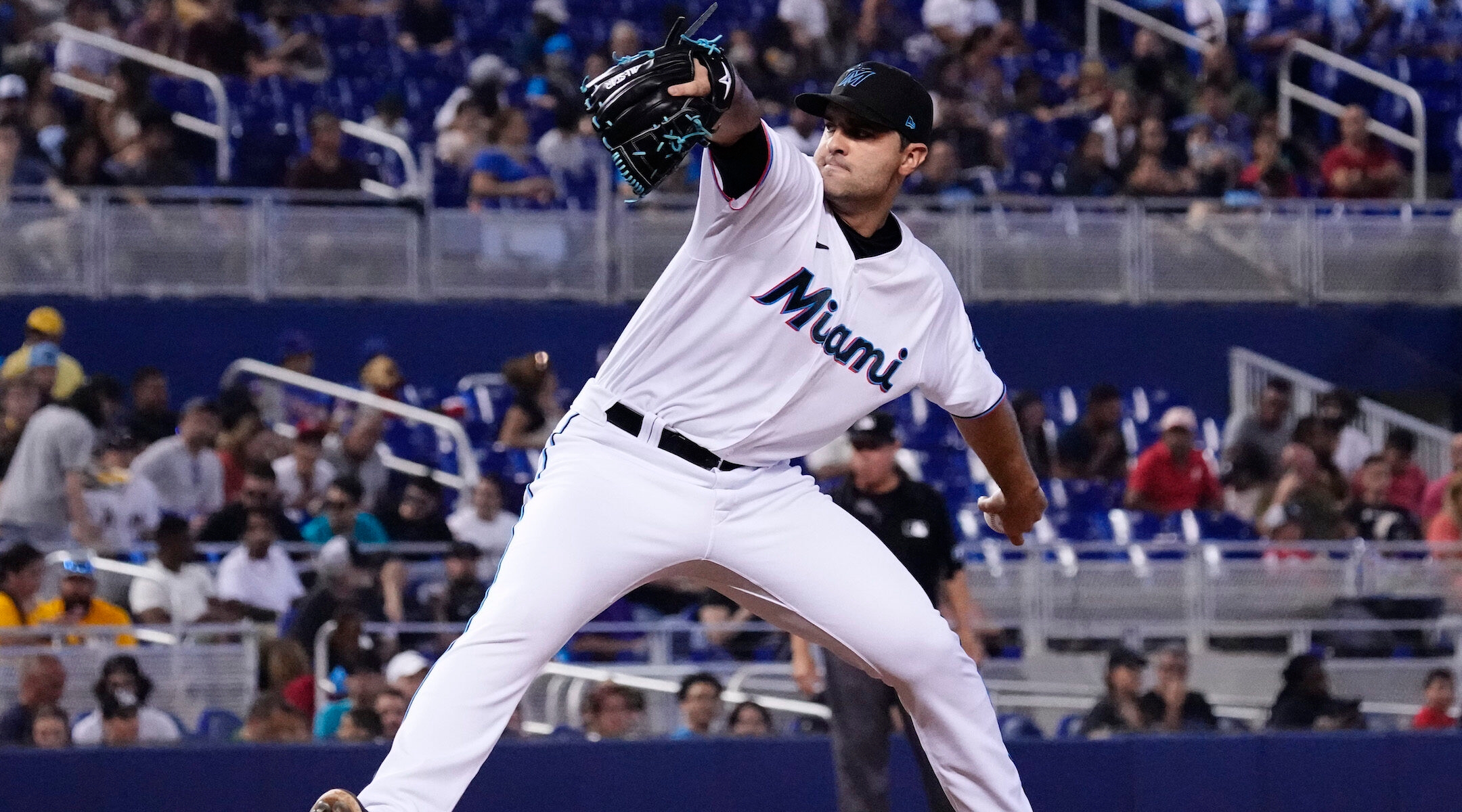 Richard Bleier of the Miami Marlins delivers a pitch in a game against the San Diego Padres at LoanDepot park in Miami, July 25, 2021, as the team celebrated a Jewish Heritage Night. (Mark Brown/Getty Images)
Advertisement

(JTA) – As the lone Jewish player on the Miami Marlins, relief pitcher Richard Bleier was featured on the team’s website for its Jewish Heritage Day on Sunday.

He didn’t disappoint the 12,765 fans at loanDepot Park in Miami, many of whom were on hand for the promotional event. They cheered Bleier as he entered the game in the seventh inning with the home team ahead by seven runs over the San Diego Padres.

The 34-year-old lefthander, who once pitched for Team Israel, threw a scoreless inning, setting down the Padres in order and punctuating his outing with a strikeout of the last batter. Miami went on to win the game, 9-3.

“Today was special, and it was an honor to play on Jewish Heritage Day and [have] the Marlins acknowledging the large Jewish community in Miami and South Florida,” said Bleier, a Miami Beach native who was raised in nearby Plantation and now resides with his wife in Fort Lauderdale.

As part of the festivities, fans received a commemorative T-shirt and heard the singing of the Israeli national anthem along with the U.S. anthem.

The Jewish Heritage Day promotion was also featured on JewishMiami.org, the website for the Greater Miami Jewish Federation.

This year’s event was a stark contrast to the Jewish salute held in 2006 by the then-named Florida Marlins, when the promotional material featured Mike Jacobs, a first baseman. Problem was, Jacobs wasn’t Jewish.

Bleier, however, is a bona fide Jew, having represented Team Israel in the 2013 World Baseball Classic’s qualifying round. He pitched one scoreless inning in the three games and said he was proud to represent the Jewish state, calling it “an experience that I will never forget.”

“I hope to play again for Israel in the future,” he said. The team is currently competing at the Tokyo Olympics.