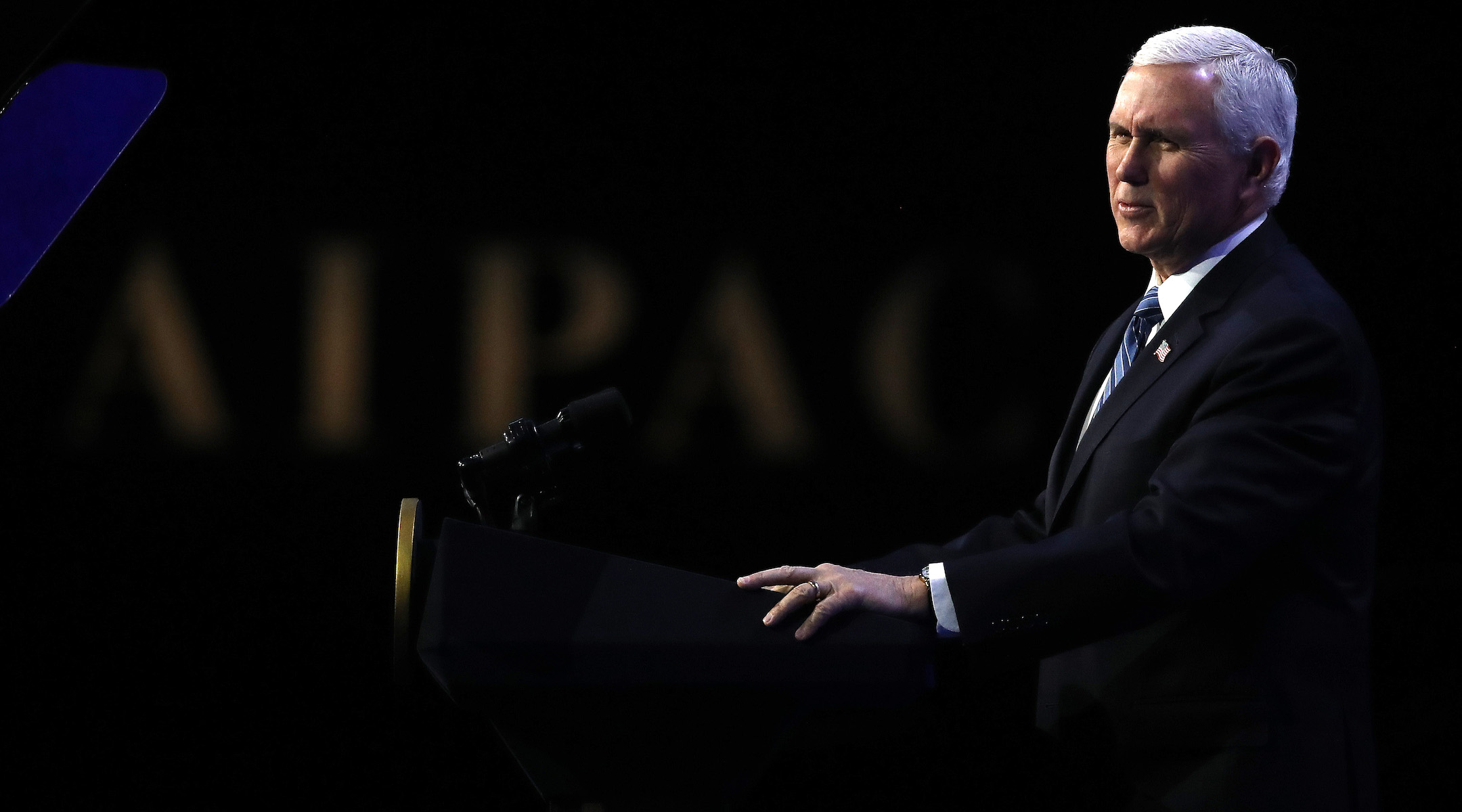 “The most pro-Israel president in history must not be replaced by one who would be the most anti-Israel president in the history of this nation,” Pence said, referring to Bernie Sanders, currently the front-runner for the Democratic presidential nomination. “That’s why you need four more years of President Trump in the White House.”

Some in the crowd gave Pence a standing ovation.

Politicians at AIPAC events are expected to promote their pro-Israel records, but a direct call for the election of a candidate is unusual at a venue that endeavors to promote bipartisanship. At the outset of this year’s conference, two top AIPAC lay leaders urged activists not to cheer should speakers attack political rivals.

Pence lashed out at Sanders for boycotting the conference, which the Vermont senator had said would be a platform for bigotry. He said support for Israel “has begun to erode” among Democrats, ignoring another plea from AIPAC leadership not to attack a political party as a whole. The American Israel Public Affairs Committee is struggling to maintain its bipartisan brand in a polarized environment.

The vice president said Sanders “openly and repeatedly attacks Israel as a racist state.” Sanders, who is Jewish, has said Israeli Prime Minister Benjamin Netanyahu is a racist, but has never said Israel is racist. He has said that denying Jews the right to self-determination is anti-Semitic.

Pence listed the multiple Israel-related steps that Trump has taken, including cutting off funding for the Palestinians, moving the U.S. Embassy to Jerusalem, recognizing Israel’s claim to the Golan Heights and leaving the 2015 Iran nuclear deal, drawing multiple instances of cheers and applause.