Mike Pompeo: It’s possible Trump was sent from God to ‘help save the Jewish people’ 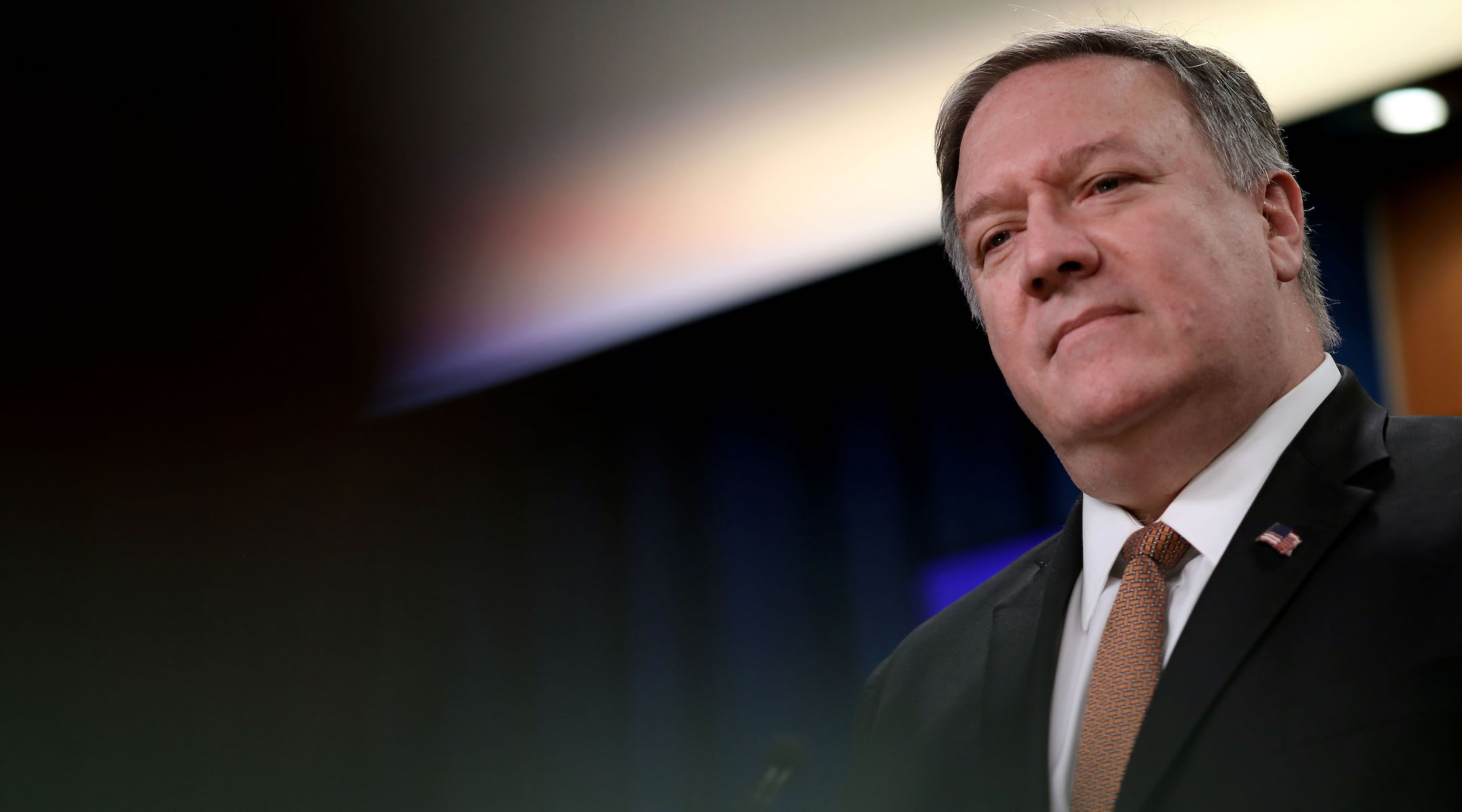 (JTA) — Secretary of State Mike Pompeo suggested that President Donald Trump may have been sent by God to protect Israel.

Asked in an interview with the Christian Broadcasting Network whether he thought “President Trump right now has been sort of raised for such a time as this, just like Queen Esther, to help save the Jewish people from the Iranian menace” — a reference to the story behind the Purim holiday, and to the present-day relationship between Iran and Israel — Pompeo said: “As a Christian, I certainly believe that’s possible.”

He added that with “the work that our administration’s done to make sure that this democracy in the Middle East, that this Jewish state, remains,” that he is “confident that the Lord is at work here.”

Pompeo was in Jerusalem, where he accompanied Israeli Prime Minister Benjamin Netanyahu to the Western Wall.

The secretary also said that the Trump administration’s peace plan for Israel and the Palestinians doesn’t sacrifice “core principles” of any religion.

“I’ve seen the details of the plan as it stands now,” Pompeo said. Asked if it includes dividing Jerusalem, he said it “doesn’t sacrifice any of these core principles, frankly, of any of the faiths.”

Israel has opposed relinquishing control of the Western Wall and other sites holy to Judaism to the Palestinians.