Moshe Holtzberg, whose parents were killed in the Mumbai attack, becomes a bar mitzvah 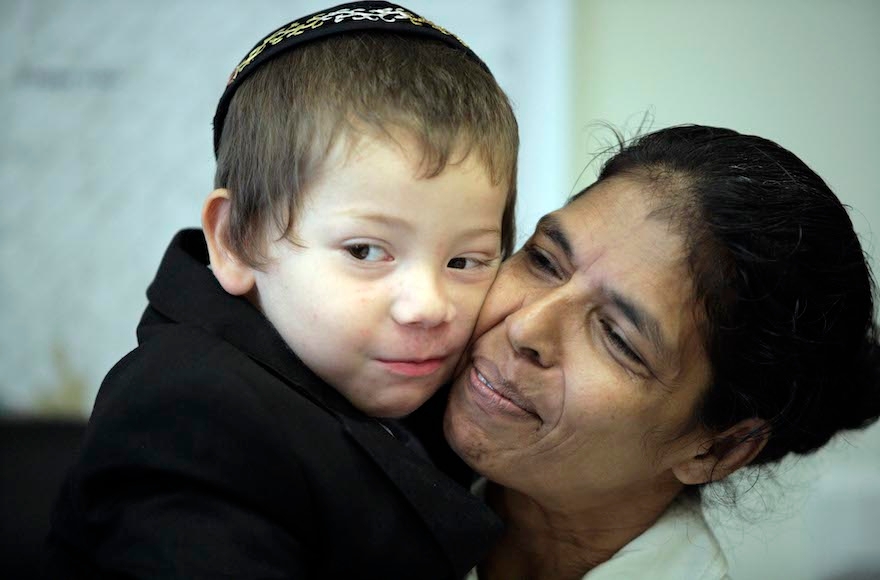 Moshe Holtzberg with his nanny Sandra in 2010. She has followed him to Israel and is the only figure in his life left from India. (Abir Sultan/Flash 90)
Advertisement

(JTA) — Moshe Holtzberg, whose parents were killed in the 2008 terrorist attack in Mumbai when he was 2, celebrated becoming a bar mitzvah by donning tefillin for the first time during a ceremony in New York.

Rabbi Gabi and Rivky Holtzberg were the directors of the Nariman Chabad House in the Indian city when it was attacked on Nov. 26, 2008. Along with the couple, four other Israeli and American visitors to the house were killed.

The Chabad House was among 12 targeted locations in coordinated shooting and bombing attacks by Lashkar-e-Taiba, an Islamic terrorist organization based in Pakistan.

The child was dubbed “Baby Moshe” when a photo of his terrified-looking nanny running from the besieged Chabad House clutching the little boy was splashed on the front pages of newspapers around the world.

On Tuesday, Moshe celebrated the ceremony of Hanachat Tefilin, or putting on the tefillin for the first time, during a ceremony in Stony Point, New York, surrounded by family and friends of his parents, Crown Heights info reported. He also helped a U.S. Navy Seal put on tefillin.

He also visited the grave of the late Lubavitcher Rebbe, Menachem Mendel Schneerson, and put on tefillin there, according to the report.