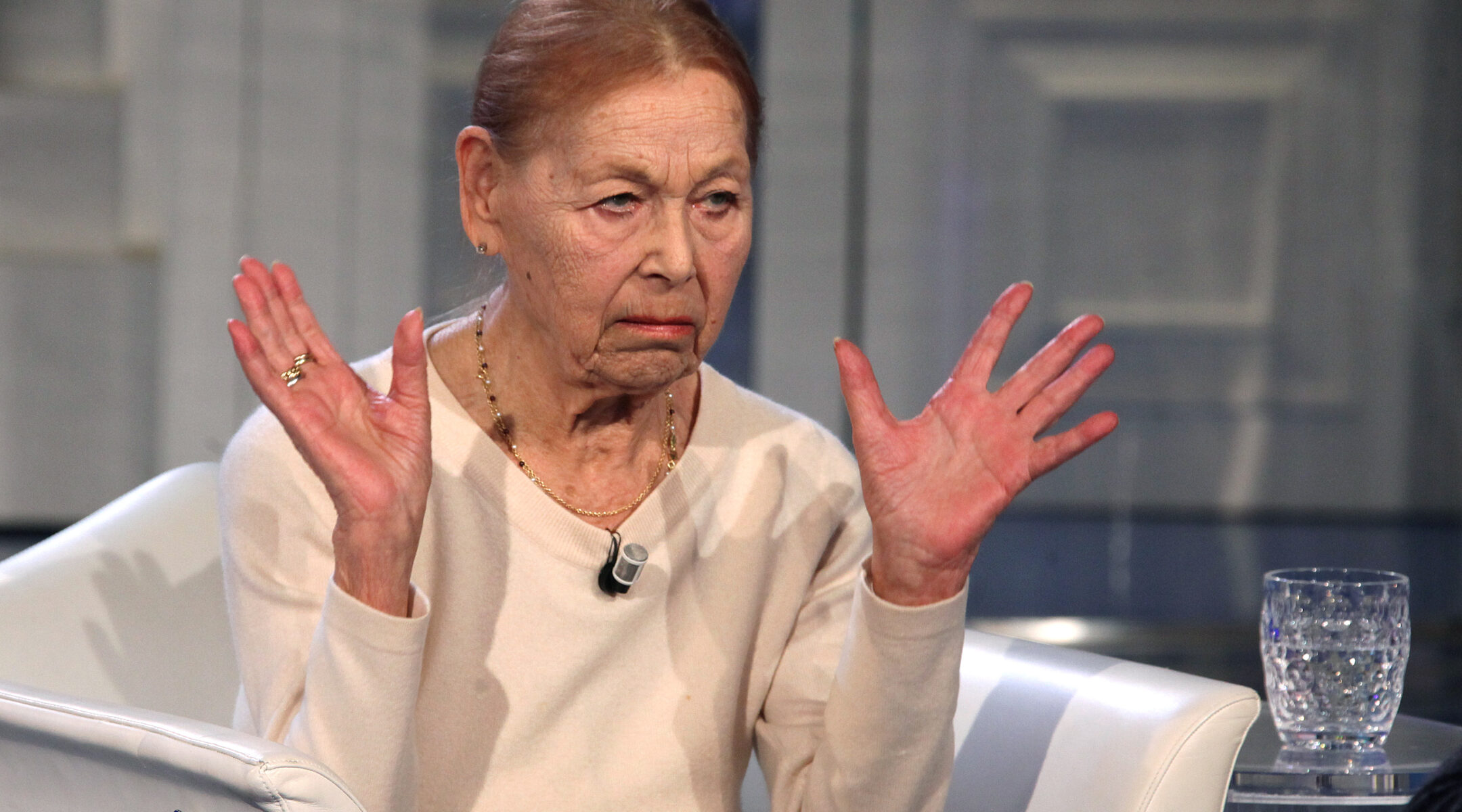 (JTA) — Pope Francis was so moved by reading the testimony of a local Holocaust survivor that he paid the nearly 90-year-old writer a house call this weekend.

The pope visited Edith Bruck, who was born in Hungary and survived multiple Nazi concentration camps, at her home in Rome on Saturday, the Vatican announced.

After moving to Italy in 1954, following stints in Czechoslovakia and Israel, Bruck emerged as a leading contributor to Italian Holocaust literature. She wrote extensively but not exclusively about her experience before and during the Holocaust, publishing works of nonfiction, fiction and poetry, including a memoir called “Signora Auschwitz” that explored her role in keeping Italy’s Holocaust memory.

She retold portions of her story to the pope, according to the Vatican’s statement, which emphasized Bruck’s recollections about non-Jews who helped her during her ordeal.

“I have come here to thank you for your testimony and to pay homage to the people martyred by the insanity of Nazi populism,” the Pope told Bruck, according to the Vatican’s statement. “And with sincerity, I repeat to you the words that I spoke from my heart at Yad Vashem and that I repeat before every person who, like you, has suffered so much because of this: [I ask] forgiveness, O Lord, in the name of humanity.”

Pope Francis has frequently issued firm denunciations of anti-Semitism, and has met frequently with Jewish groups and delegations. This year on International Holocaust Remembrance Day, he warned that dangerous ideologies could set the world on a path to another genocide.