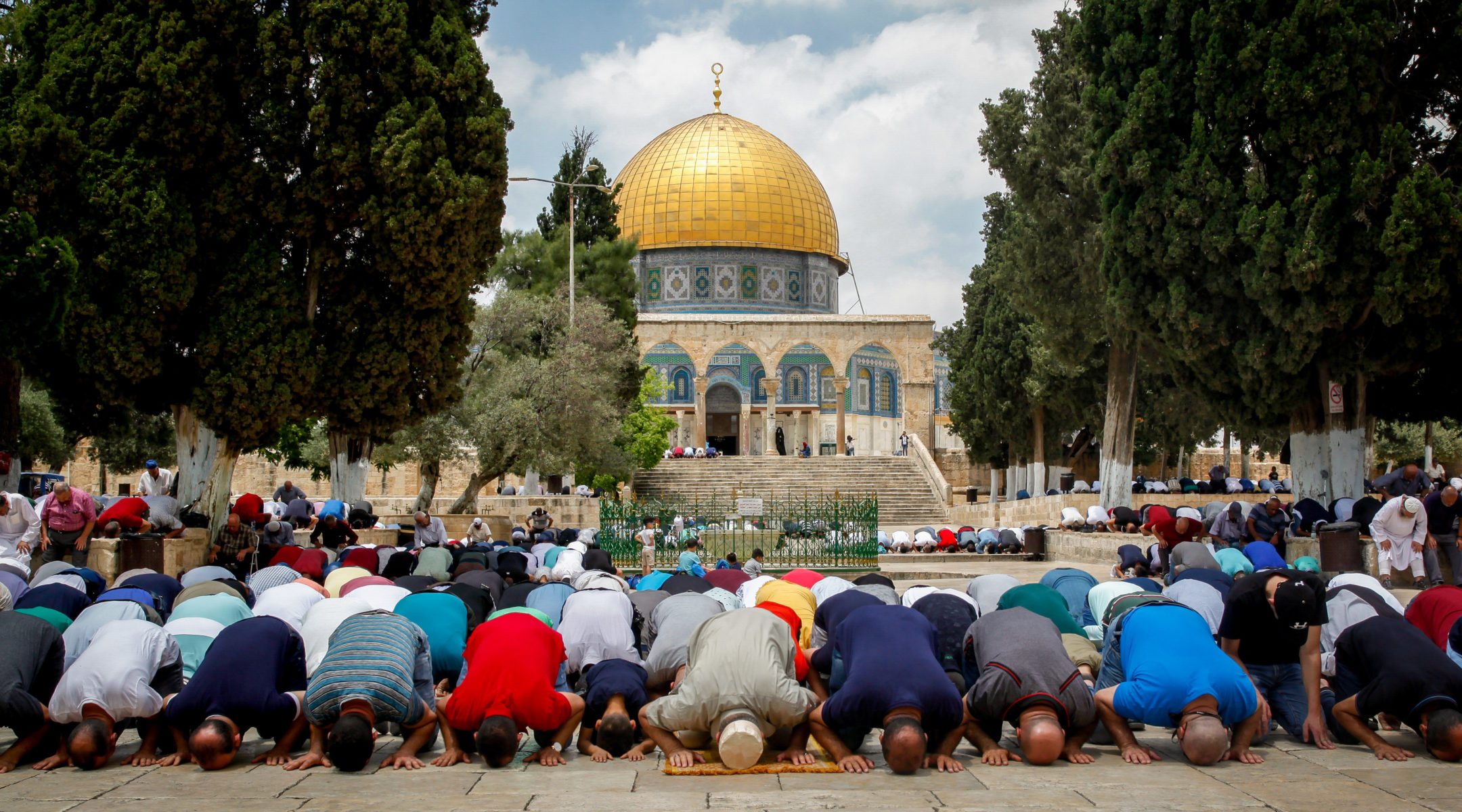 (JTA) — Hundreds of Muslims chanted about killing Jews outside the Al-Aqsa Mosque in Jerusalem on Friday morning, prompting police to disperse the crowd.

The chants began as worshippers were leaving the mosque following prayers atop the Temple Mount, Israel’s Channel 13 reported.

No one was injured in clashes with police, who broke up the impromptu march where the chants occurred.

In footage from the march, many men can be heard shouting in Arabic, “Jews, remember Khaybar, the army of Muhammad is returning.”

They also shouted: “With spirit and blood, we will salvage Al-Aqsa” and “Jews, the army of Al-Aqsa is returning.”

The last mass disturbance by Muslims near Al-Aqsa was in summer during the Muslim holiday of Eid al-Adha. Worshippers threw chairs and stones at police, triggering a temporary closure of the mosque.