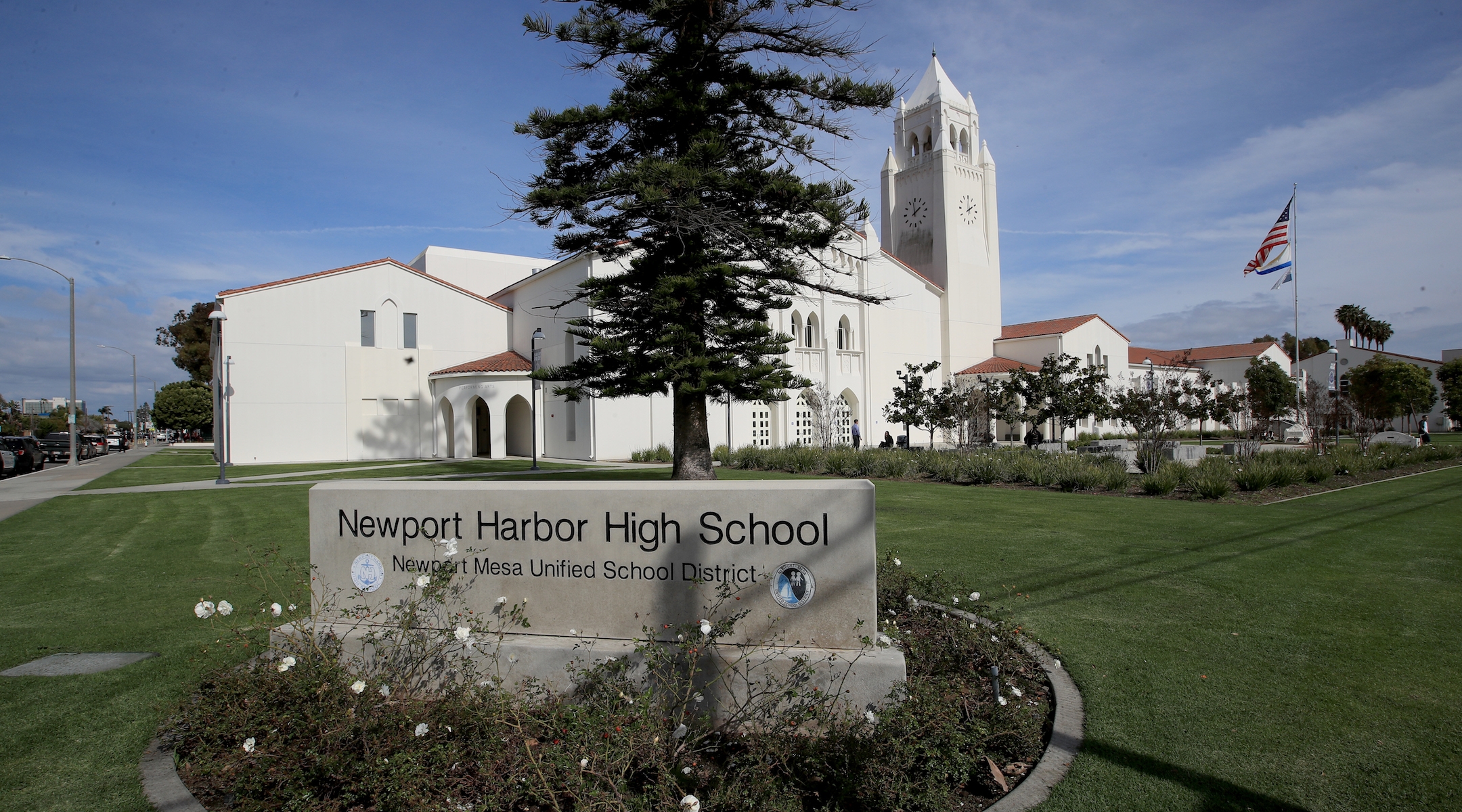 (JTA) — Posters with Nazi symbols were hung around the campus of a Southern California high school whose students were filmed offering the “heil Hitler” salute over a swastika made out of beer cups during a drinking game.

Ten posters described by administrators as bearing Nazi symbols were discovered Sunday on the campus of Newport Harbor High School in Newport Beach and removed before students returned to school on Monday, CBS Los Angeles reported. Newport Beach Police are investigating the incident.

The school’s principal sent a message to parents after the posters were discovered.

“Again, we condemn all acts of anti-Semitism and hate in all their forms,” he wrote in the message sent Sunday. “We will continue to be vigilant with our stance, and the care of our students and staff.”

Students and former students of Newport and other area high schools played the drinking game at a weekend party earlier this month. Photographs of the swastika made out of red plastic cups, and the students making Nazi salutes, were posted on social media.

The schools responded with a public forum, and hosted Holocaust survivor Eva Schloss, the stepsister of teenage Holocaust diarist Anne Frank, in meetings with the students involved in the game.

Versions of the drinking game, which pits teams of “Jews” against “Nazis,” have been popular since at least 2016, when students at Princeton High School in New Jersey were seen playing the game on social media.