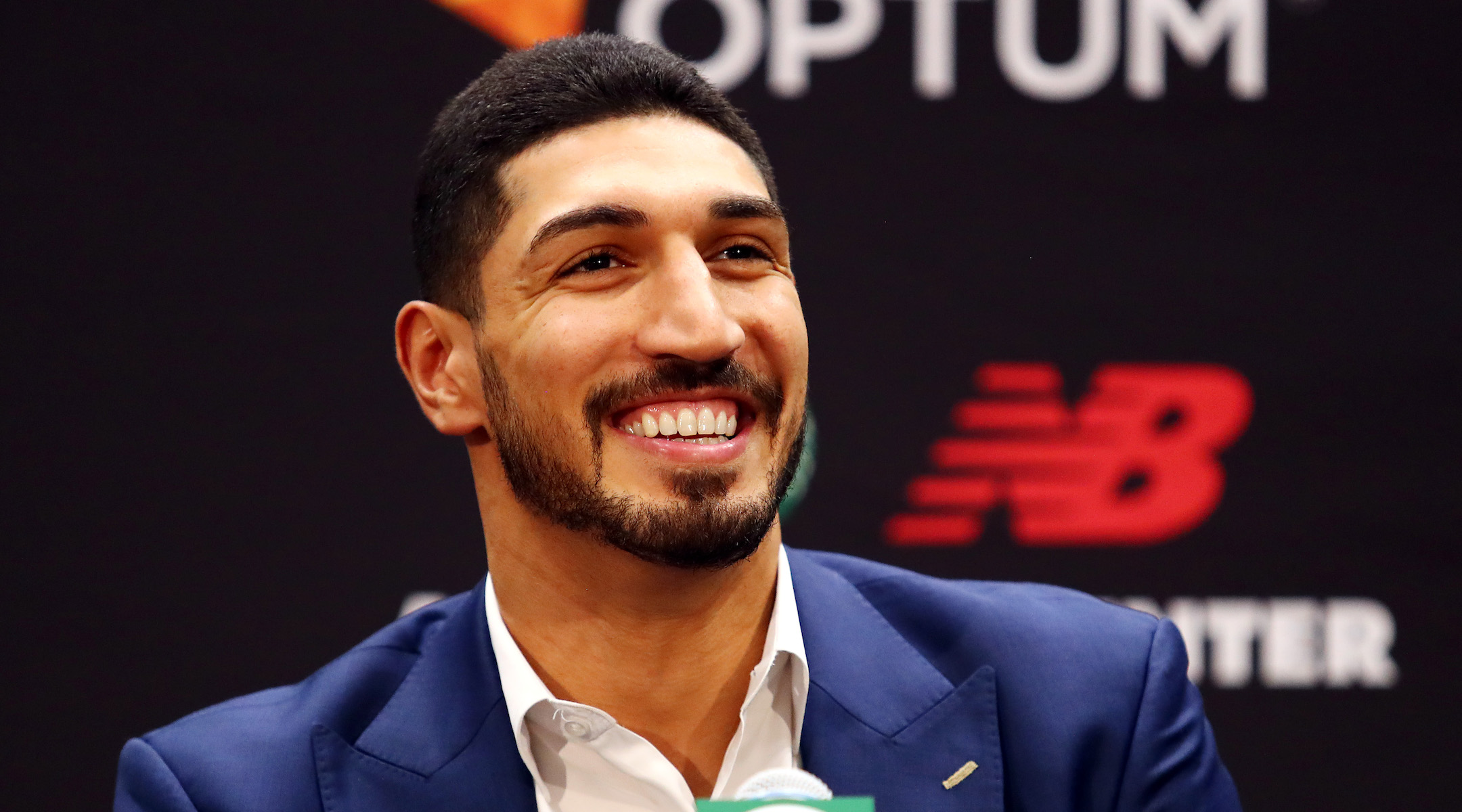 The event on Sunday was organized by Kingsway Jewish Center and the Turkish Cultural Center of Brooklyn to unite the Turkish Muslim community and the Orthodox Jewish community, News12 Brooklyn reported.

“It’s just so much fun to go out there and speak one language, and that is sport,” said Kanter, a practicing Muslim.

Kanter has been banned from returning to his native Turkey after being publicly critical of its president, Recep Tayyip Erdoğan. Turkey revoked his passport in 2017 and issued an arrest warrant for Kanter, accusing him of being a member of a “terror group.”

On Saturday, Kanter hosted a basketball clinic in El Paso, Texas, to show his support for El Paso and the Walmart shooting victims. Kanter and the Celtics covered the costs associated with the clinic and donated to the Victims Relief Fund.

Earlier this year, Kanter fasted for the entirety of Ramadan during the playoffs while playing as a member of the Portland Trail Blazers.