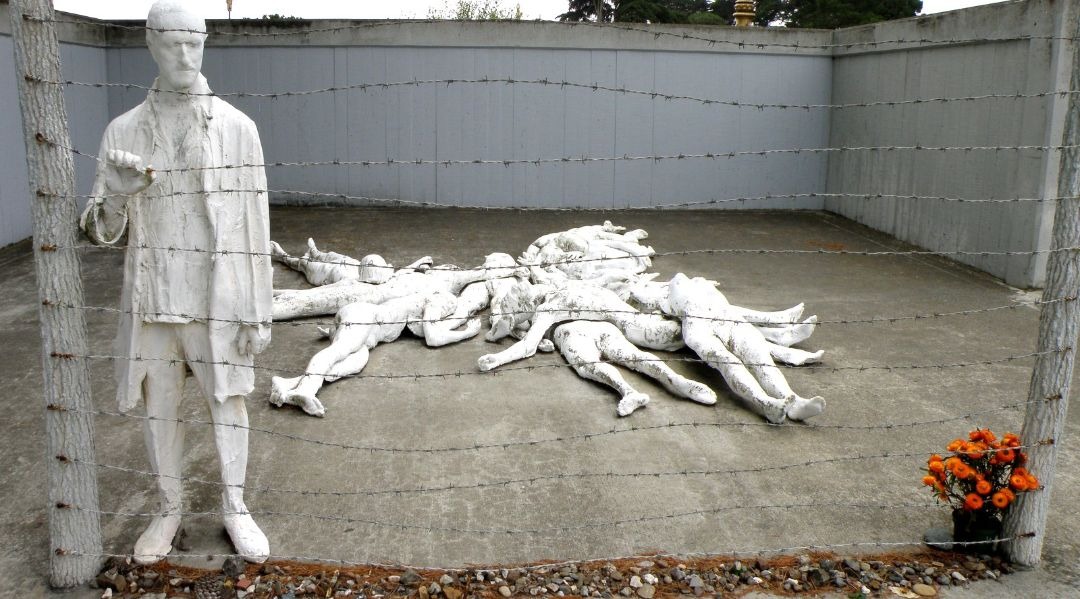 The Holocaust Memorial at California Palace of the Legion of Honor in San Francisco's Lincoln Park.(Aaron Zhu/ Wikimedia Commons)
Advertisement

(JTA) — Residents of San Francisco that live on the same street as a Holocaust memorial received anti-Semitic hate mail including a reading list of Holocaust denial titles.

The letters arrived at every home on San Francisco’s 34th Avenue in late May, J. The Jewish News of Northern California reported.

“It is hoped that you will all buy some of these books in this list and that you will realize that the Holocaust is a complete lie,” the letter said.

The full-page, single-spaced letter was signed by the Barnes Review. The Barnes Review is a bi-monthly magazine founded in 1994 by Willis Carto’s Liberty Lobby and headquartered in Washington, D.C. According to the Southern Poverty Law Center, The Barnes Review is “one of the most virulent anti-Semitic organizations around,” and its journal and website are “dedicated to historical revisionism and Holocaust denial.”

The San Francisco Recreation and Parks Department, which hosts the sculpture, responded in a statement.

“These hateful mailings prove the necessity of hosting pieces like the Holocaust Memorial in our public spaces,” Tamara Barak Aparton, spokesperson for the San Francisco Recreation and Parks Department, said in a statement. “The Holocaust Memorial inspires empathy in thousands of our visitors each year and reminds us to be vigilant against the rising tide of anti-Semitism.”

The letter also reportedly was sent to every home on Grove Drive, in Los Angeles, where the Los Angeles Museum of the Holocaust is located.