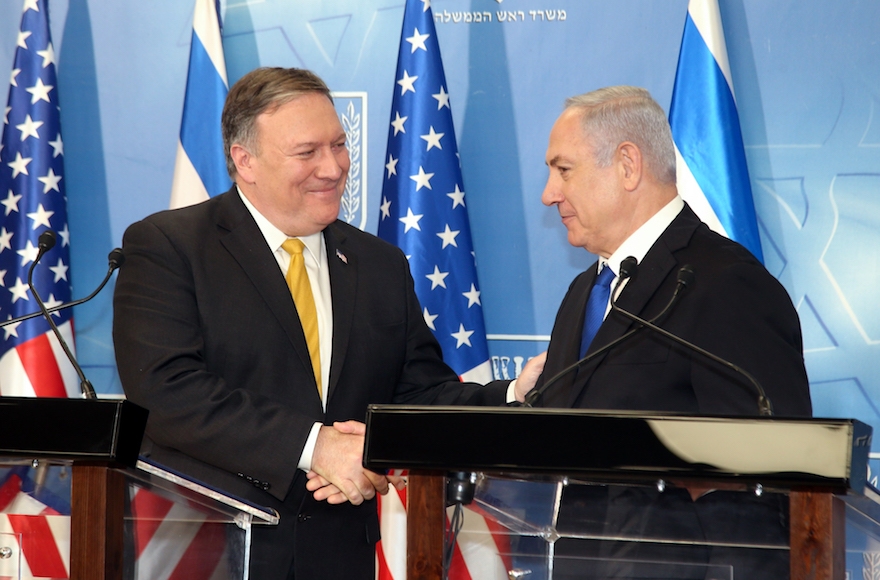 The Monday evening meeting was announced in a statement from the Prime Minister’s Office on Monday morning. According to the statement, the meeting was set last week and was to be held on Wednesday, but had to be moved up so that Pompeo could return to the United States for the funeral of former president George W. Bush.

The statement said that Netanyahu would be accompanied by the Mossad’s director Yossi Cohen; National Security Council Director Meir Ben-Shabbat; and the military secretary, Brig.-Gen. Avi Blot. It said the leaders would discuss “regional developments.”

Pompeo is in Brussels for a NATO meeting of foreign ministers. Netanyahu is scheduled to return to Israel immediately following the meeting.

Unnamed sources in the Prime Minister’s Office told the Israel Hayom newspaper that the meeting is “important,” though they did not indicate what specifically the leaders would discuss.