Netanyahu gets 2 more weeks to form a government 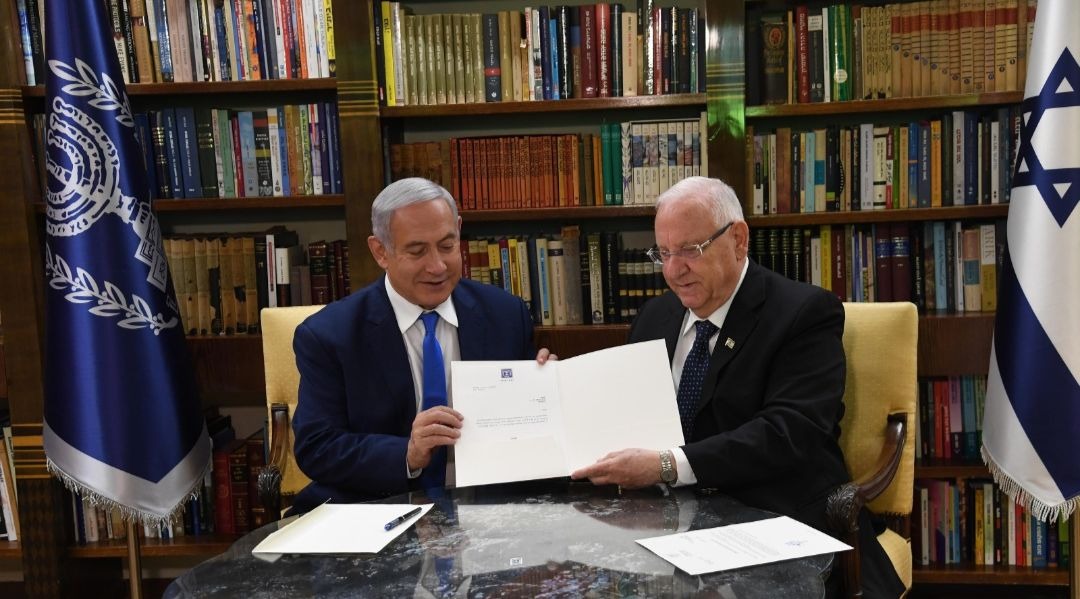 Rivlin and Netanyahu met Monday at the president’s residence in Jerusalem to discuss Netanyahu’s need for extra time.

At Sunday’s weekly Cabinet meeting, Netanyahu cited “scheduling constraints stemming from the many events this time” for needing extra time to complete his negotiations with other parties to form a new government. Among the constraints he mentioned were Passover, Holocaust Remembrance Day, Memorial Day, Independence Day, and the escalation in violence and rocket attacks from the Gaza Strip.

Netanyahu now has until May 29 to sign coalition agreements with other parties to form a ruling coalition.