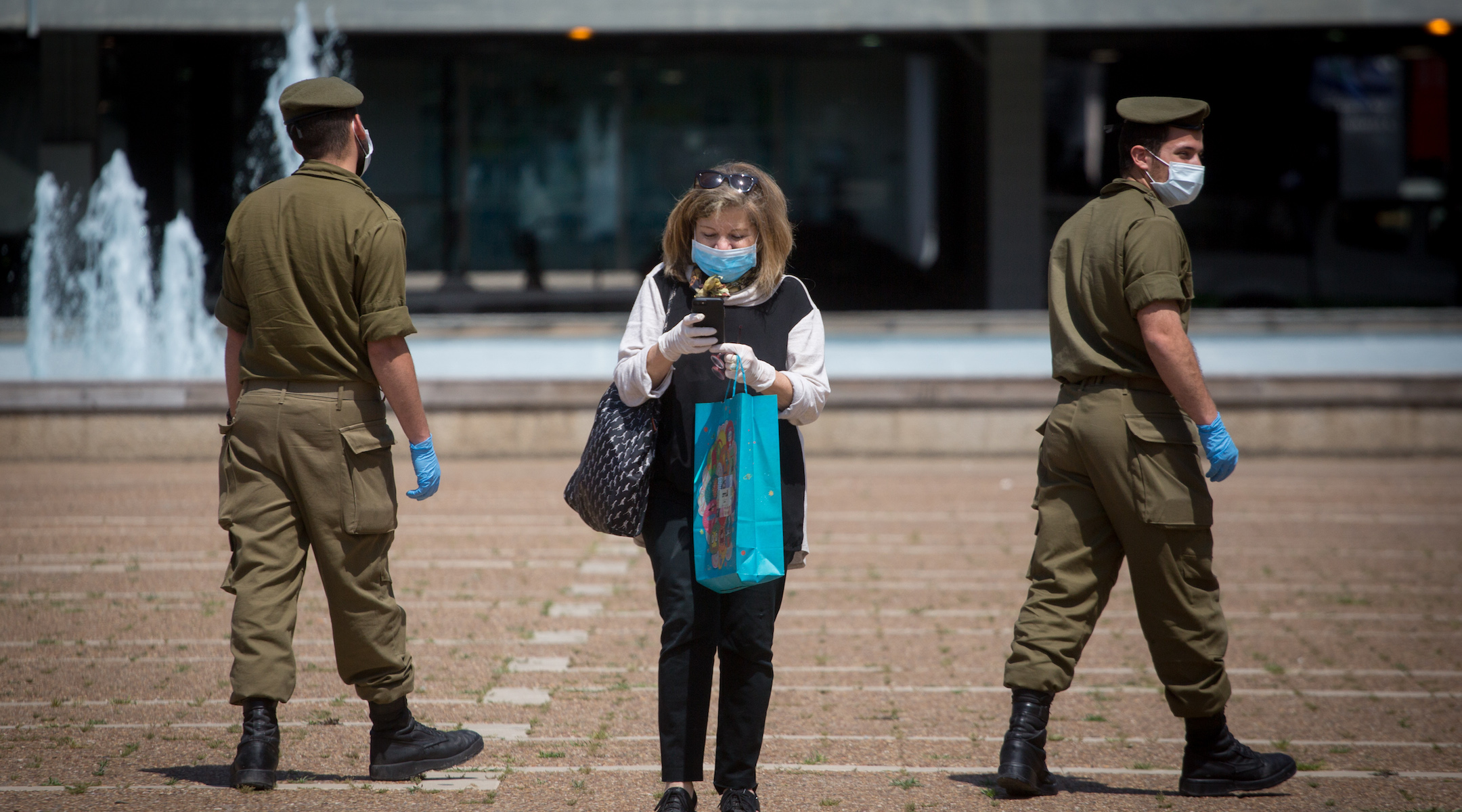 Israeli soldiers walk past a woman wearing a protective face mask in Rabin Square, Tel Aviv, as they patrol to check that people are not disobeying the government's lockdown orders, April 7, 2020. (Miriam Alster/Flash90)
Advertisement

JERUSALEM (JTA) — Israel has reinstated a coronavirus regulation that bans residents from leaving their towns or neighborhoods.

After the start of Passover last week, Israel had lifted the restriction on residents leaving their communities, except in haredi Orthodox neighborhoods.

The lockdown will prevent Israeli families from gathering for the end of Passover as well as Mimouna, the traditional North African Jewish celebration dinner marking the end of the holiday.

Under the lockdown, bakeries will not open on Wednesday evening just hours after Passover, as is traditional.

Netanyahu acknowledged that he could have been stricter about hosting his son Avner for the Passover Seder. The prime minister was criticized after releasing a video showing the two of them talking over the Seder plate.

The explanation given to the Israeli media: Avner Netanyahu lives in an apartment adjacent to the prime minister’s residence and spends many hours a day there.