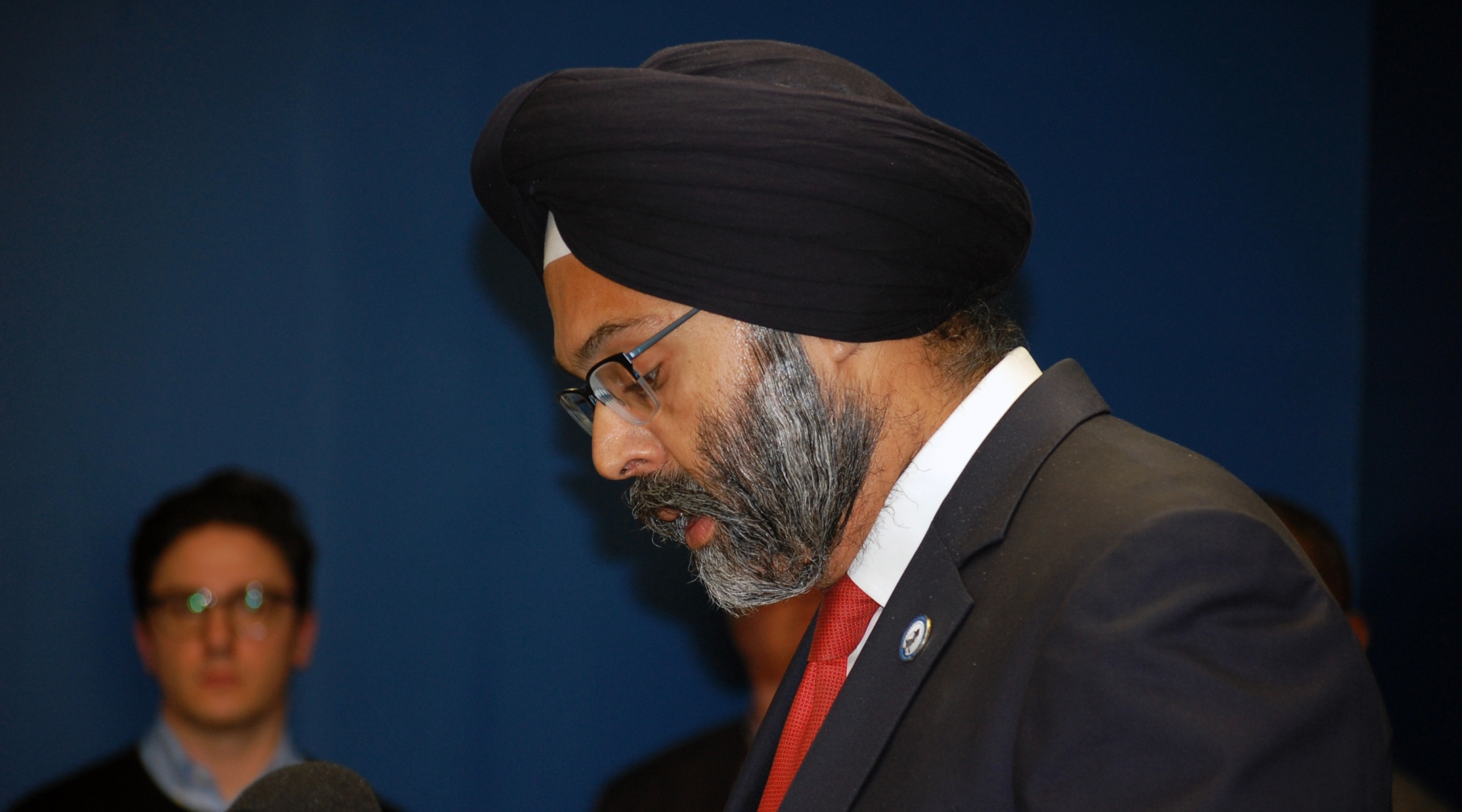 (JTA) — The state of New Jersey has sued one of its towns over alleged discrimination against Orthodox Jews — the second such lawsuit against the town in less than a year.

Jackson Township has been selectively applying local laws and drafting new ones as part of an attempt to push out Orthodox Jews and limit their religious activities, the lawsuit alleges, according to a report by NJ Advance Media.

“We’ve filed this lawsuit because bias and hate have no home in New Jersey, and we will not allow some vocal residents’ intolerance to drive local government decisions,” New Jersey Attorney General Gurbir Grewal said in a statement. “Like all public servants, municipal officials have a duty to uphold the law, not weaponize it against specific groups because of what they believe or how they worship.”

The attorney general wants Jackson Township to overturn the allegedly discriminatory rules and pay a fine.

Terence Wall, the business administrator there, was quoted by local media as saying that he was “surprised” to learn of the lawsuit.

“Jackson Township is a community of over 60,000 residents, including members of nearly every faith, and the township will defend itself appropriately,” he said of the Jersey Shore community, which is located in what is considered the central part of the state.

The growth of the Orthodox community in Jackson and the adjacent town of Lakewood in recent years has come with complaints by non-Orthodox residents about the changing character of the area.