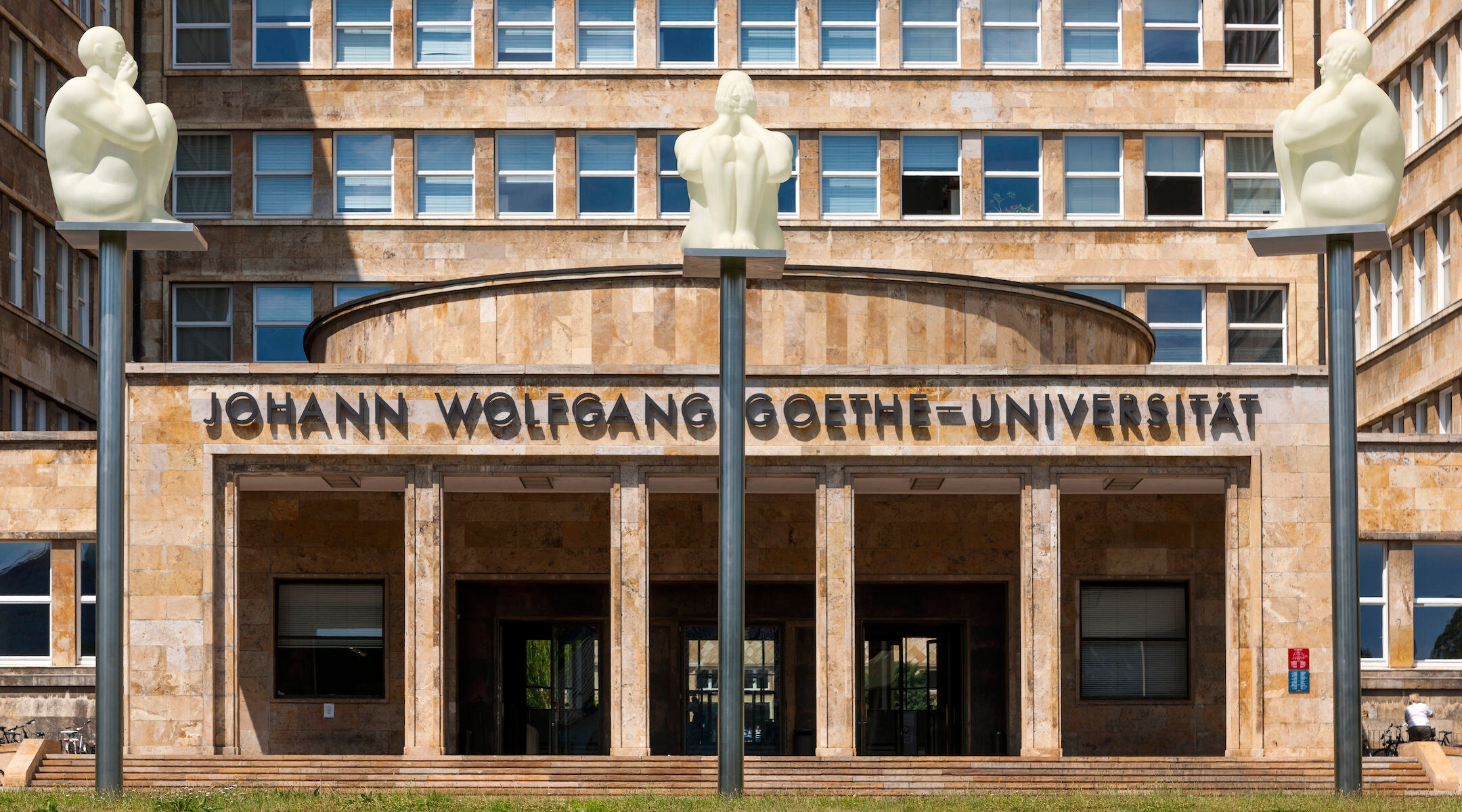 A view of Goethe University in 2017. (Prisma by Dukas/Universal Images Group via Getty Images)
Advertisement

(JTA) — A new center for Jewish studies has opened at Goethe University in Frankfurt, joining a growing number of Jewish studies programs at universities across Germany.

The announcement of the Buber-Rosenzweig-Institute for Modern and Contemporary Jewish Intellectual and Cultural History was made on Monday, the 143rd anniversary of the one of the institute’s namesakes, Martin Buber, a philosopher who taught at the university from 1924 until he was dismissed by the Nazis in 1933.

Christian Wiese, a professor of the Jewish philosophy of religion and the inspiration behind the institute, said in a statement on Facebook that while the coronavirus pandemic had put a damper on scholarly activities, he hoped the coming year would “allow a meaningful inaugural academic event, in person, virtual, or hybrid.”

“Today, however, is a day for celebrating,” he said.

The program has its origins with the 1989 establishment of a visiting professorship at the university’s Department of Protestant Theology that aimed to teach about Judaism and Jewish religious philosophy. The position became permanent in 2010 with the appointment of Wiese, who developed it into a research center with international recognition, according to the university.

The new program is named for Buber and his colleague Franz Rosenzweig, who together established the Free Jewish Teaching House in Frankfurt. Among their projects was a joint translation of the Hebrew Bible into German, a project that Buber completed in Jerusalem in 1961.

Wiese said he was “looking forward to continuing cooperating with colleagues and institutions worldwide and to developing new relations and cooperations in the future.”

Other new Jewish studies programs in Germany feature areas of study ranging from religion and history to music and the Yiddish language.