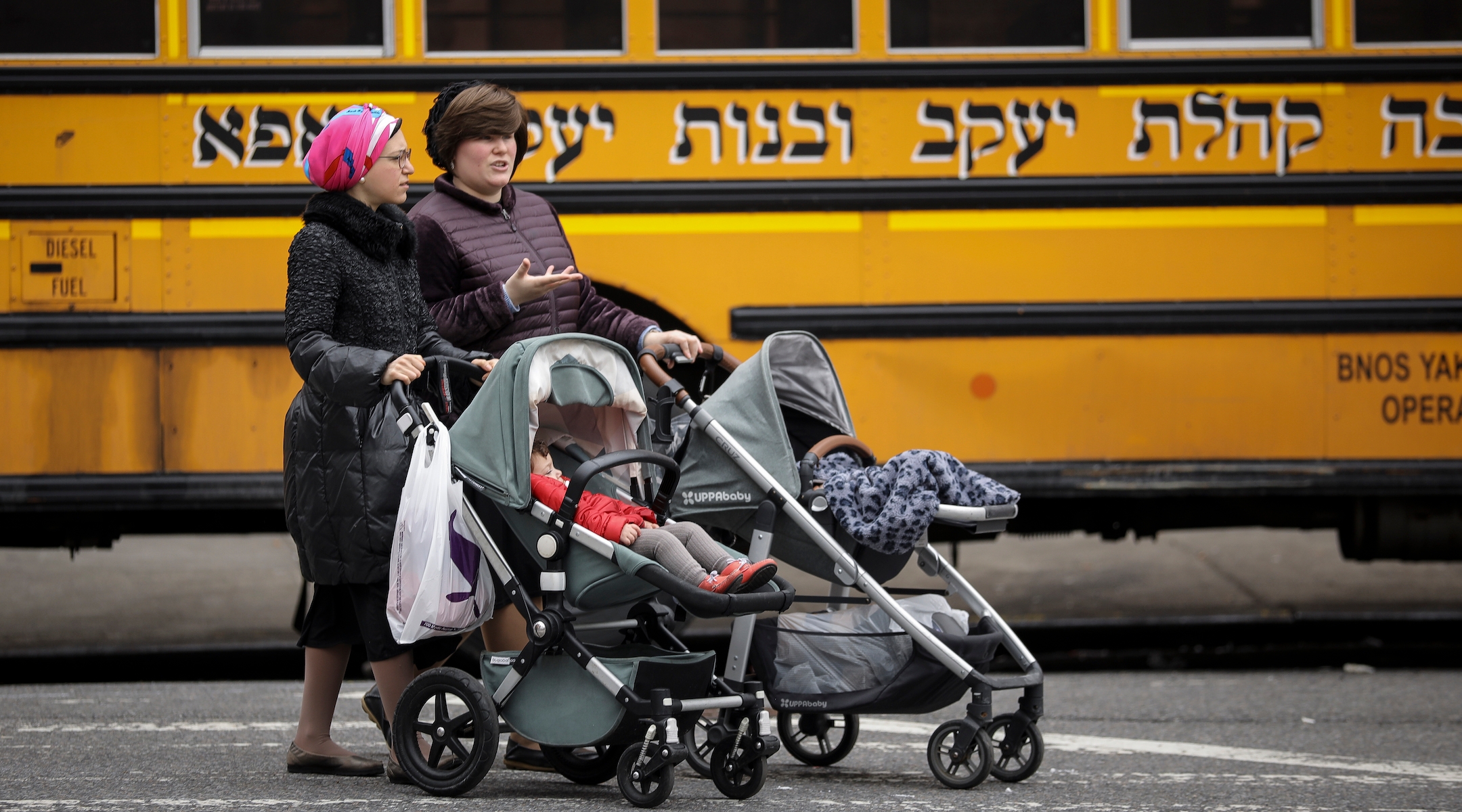 NEW YORK (JTA) — New York state has banned religious exemptions to vaccinations, meaning that parents must vaccinate their children unless there is a medical reason not to.

The state Senate passed the bill Thursday amid an ongoing measles outbreak in New York City and its suburbs involving members of the Orthodox Jewish community. New York City has seen 588 measles cases since September, concentrated in Brooklyn’s heavily Orthodox Williamsburgh neighborhood. Rockland County, home to the heavily Orthodox town of Monsey, has had 266 cases.

“This administration has taken aggressive action to contain the measles outbreak, but given its scale, additional steps are needed to end this public health crisis,” Gov. Andrew Cuomo said in a statement upon signing the bill. “While I understand and respect freedom of religion, our first job is to protect the public health and by signing this measure into law, we will help prevent further transmissions and stop this outbreak right in its tracks.”

State Assemblyman Jeffrey Dinowitz, who led the charge to pass the bill, tweeted that “science has won.”

I am incredibly proud that science has won with the passage of this bill. This will not be the end of our efforts to combat the ongoing measles outbreak, but it is an important step.

Thank you especially to @CarlHeastie, @bradhoylman, and the advocates who helped get this done. pic.twitter.com/wxnottsbCi

New York is now one six states that outlaw religious exemptions, according to The New York Times. Parents previously could choose not to adhere to a school’s mandatory vaccine policy for religious reasons. Now the only way parents can opt out of vaccinating their child is with a note from a doctor explaining why the child is immunocompromised.

Agudath Israel of America, a major haredi Orthodox organization, said that the law “sets a dangerous precedent,” even though the organization encourages vaccination and works with local government to increase vaccination rates.

“[T]he First Amendment, and the sacrosanct constitutional principle of governmental aversion toward impinging on the free exercise of religion, is a cornerstone of our country,” the group said in a statement Friday. “It is a principle that our constituents routinely rely upon to function as Orthodox Jews in America… Enhanced public vaccine and contagion education would have been a more comprehensive, long-term approach.”