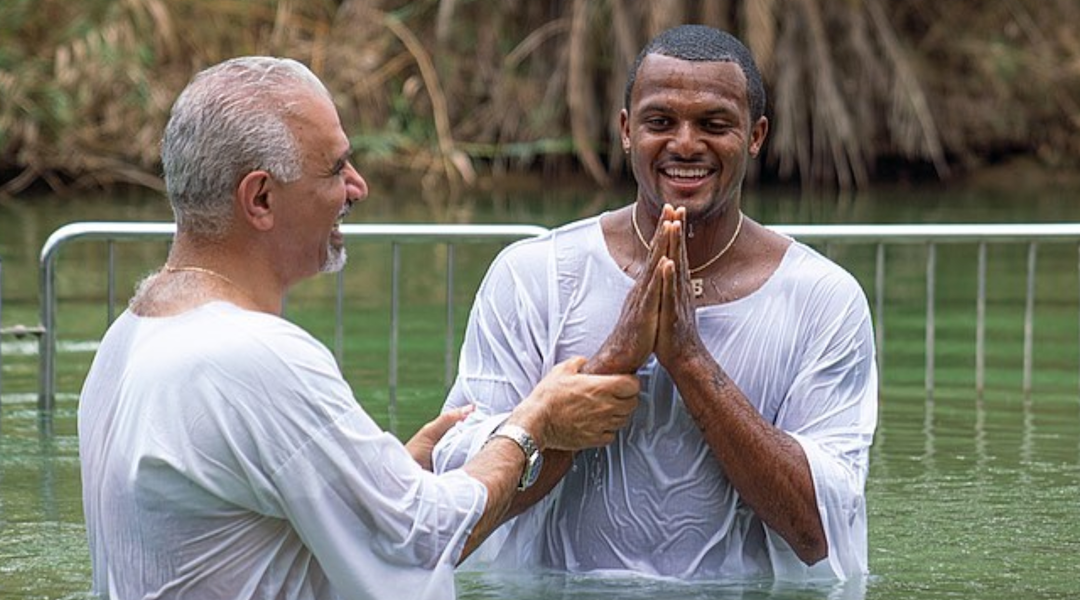 (JTA) — NFL quarterback Deshaun Watson had a great time on his first trip to the Holy Land.

Fox News reported that the Houston Texans’ star was baptized in the Jordan River, at the same place where tradition says Jesus underwent the rite. He also told fans on Instagram that he went tubing in the Sea of Galilee and saw St. Peter’s Church in Capernaum.

He also said “L’chaim!” to his fans on Instagram at one point, according to Fox.

“I am truly in awe of this wonderful land and the wonderful people who live here,” Watson said.

His trip was sponsored by America’s Voices in Israel, which brings American celebrities to the Jewish state for a week to combat negative perceptions of the country.