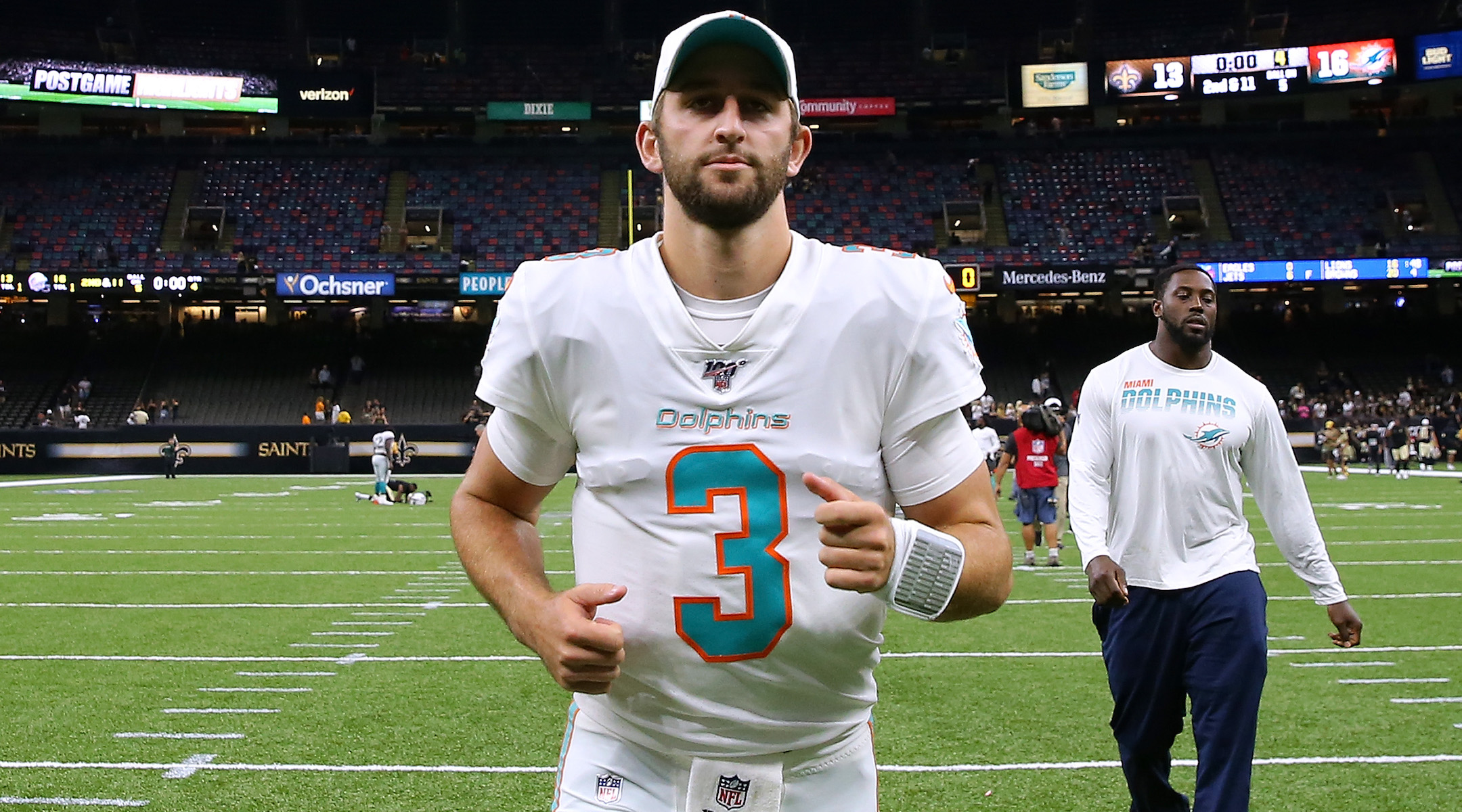 Josh Rosen of the Miami Dolphins leaves the field following a preseason game against the New Orleans Saints at the Superdome in New Orleans, Aug. 29, 2019. (Jonathan Bachman/Getty Images)
Advertisement

(JTA) — The Tampa Bay Buccaneers have signed Jewish quarterback Josh Rosen, a first round draft pick in 2018, to their practice squad, ESPN is reporting.

Rosen was released Friday by the Miami Dolphins on Friday after unsuccessful attempts to trade him. The Bucs, who signed former New England Patriots star Tom Brady in the offseason, are Rosen’s third team in three seasons.

Rosen, 23, was drafted by the Arizona Cardinals as the 10th overall pick in the 2018 National Football League draft.

As part of the practice squad, he can be signed to another team’s active roster at any time.

Rosen told the league’s online magazine at the time of the draft that he was motivated to play well by the anti-Semitic slurs he often hears on the field.

A 2014 profile noted that Rosen became a bar mitzvah and attends Seder every Passover, but he also celebrates Christmas and he called himself “kind of an atheist.”