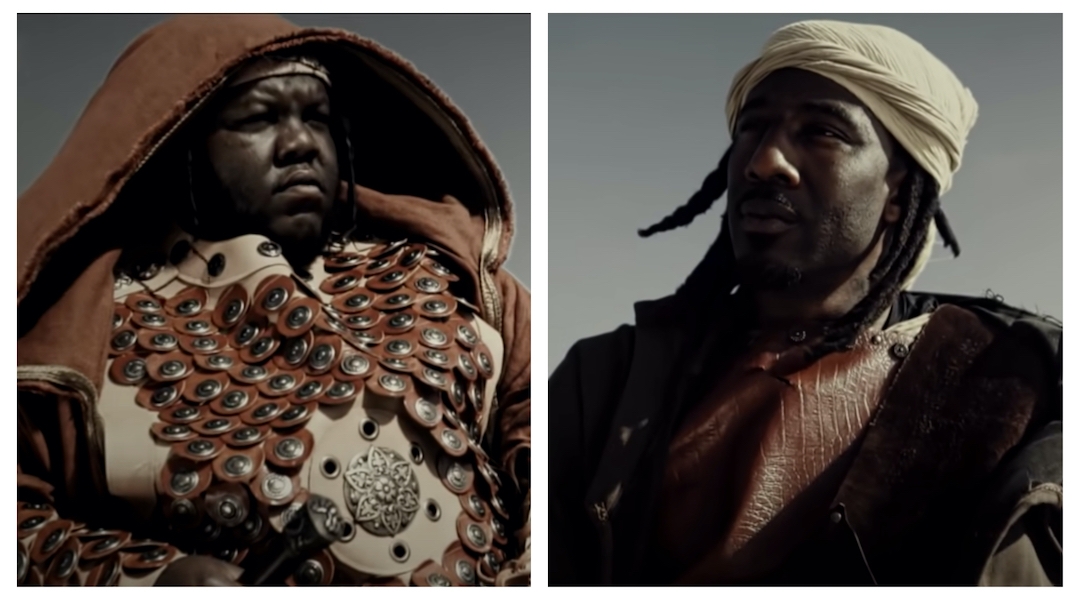 (JTA) — The boundary-breaking Orthodox rapper Nissim Black is back with another catchy new track. But this time, he has a little help from former NBA star Amar’e Stoudemire.

Stoudemire, who currently plays for the Israeli club Maccabi Tel Aviv, features in the video as a medieval knight of sorts alongside Black.

In the “Games of Thrones”-esque video, the pair ride on horseback across a forested landscape, fighting black clad demon figures with swords. At the end, Black vanquishes one by holding up his hand, where the biblical phrase “I have placed the Lord always before me” appears lighted up, in Hebrew.

After that, he earns the key to a castle that has Hebrew inscriptions above its doorway.

Along the way, he compares himself to King David, rapping: “I ain’t catch feelings/ but I got a heart/ I’m like a King David/ I’m playing a harp.”

Stoudemire, a former NBA All-Star who now also part-owns the Israeli basketball team Hapoel Jerusalem, said in 2018 that he was converting to Judaism, after many years of identifying with the African Hebrew Israelites — Africans who believe they are descended from the biblical Israelites.

In the “Mothaland Bounce” video, Black raps and dances in full haredi Orthodox garb. As he explained to Alma, the video includes three sets of dancers:

“The three different groups are three different aspects of me: The African dancers represent the slaves that came here to America, which is our past. And then, you have the street dancers, the urban aspect.”

The video depicts these two groups as facing off against each other, representing Black “trying to figure out what I was.” But then, last, the Hasidic dancers show up near the end. “What brought peace for me was Judaism,” Black explains, “So the Hasidic guy, he comes to break up the two things, and he brings shalom. It was all very telling of who I was.”

“I’m very shocked at how much [Mothaland Bounce] has been shared, how well received it was. In terms of the Jewish world, it was a big risk,” he said.