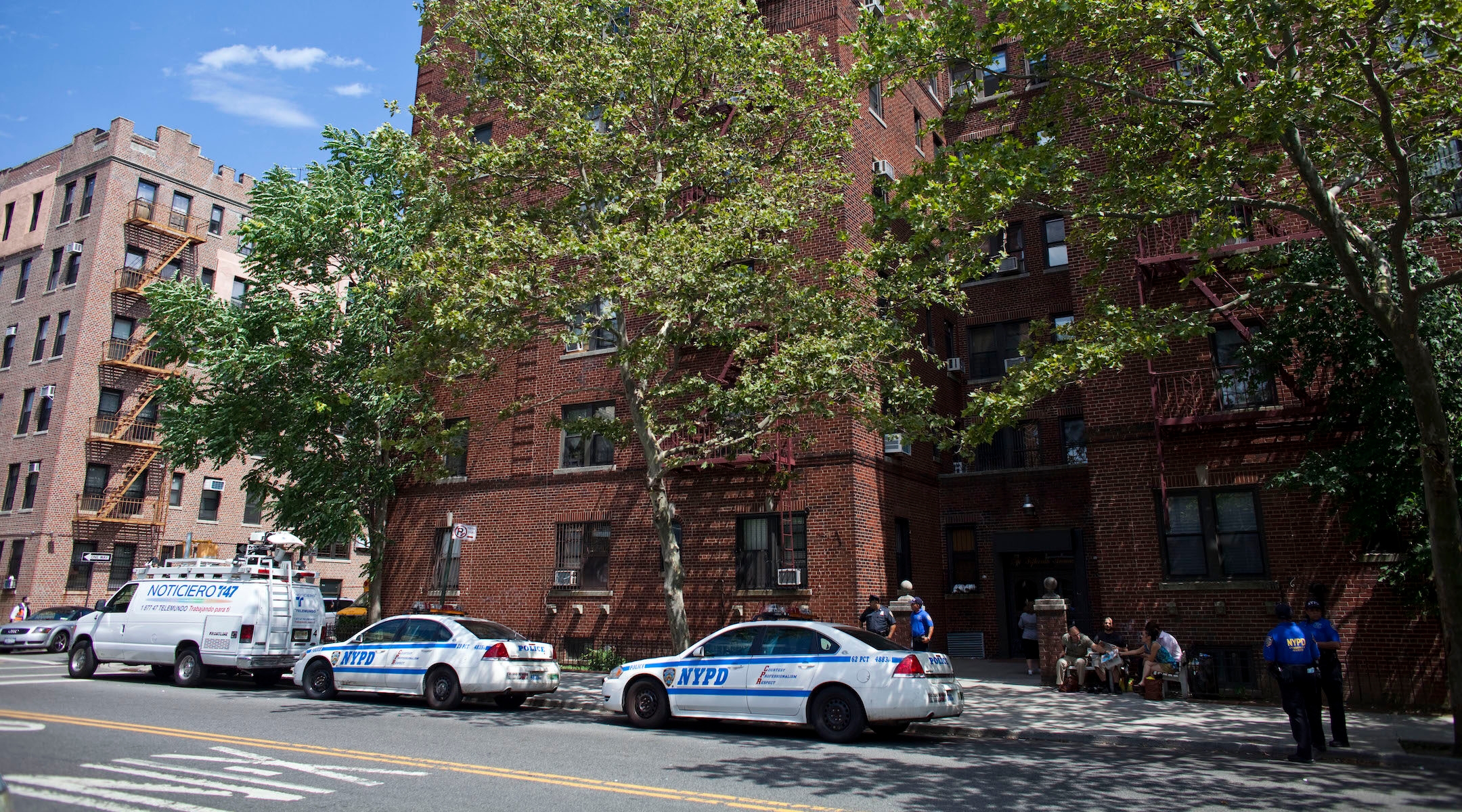 Members of the New York Police Department and media gather in front of the residence of Leibby Kletzky, a murdered 8-year-old boy who went missing from the Hasidic neighborhood of Borough Park, Brooklyn, July 13, 2011. (Ramin Talaie/Getty Images)
Advertisement

(JTA) — New York Gov. Andrew Cuomo directed the State Police to increase patrols in Jewish neighborhoods across the state Monday amid a rash of antisemitic incidents following the violence in Israel and Gaza.

“In the wake of the unacceptable recent increase in anti-Semitic hate crimes nationwide, I am proactively deploying State Troopers to provide security at Jewish religious, educational, and community facilities,” Cuomo said in a statement, according to the New York Post.

The increased patrols follow a wave of antisemitic attacks that include the beating of a Jewish man while he walked to a pro-Israel rally, a brick thrown through the window of a kosher pizza store and people spitting on Jewish restaurant patrons in midtown Manhattan. It also came just a day after hundreds of people flocked to Lower Manhattan for a pro-Israel rally.