One of Manhattan’s 3 remaining Judaica stores is closing 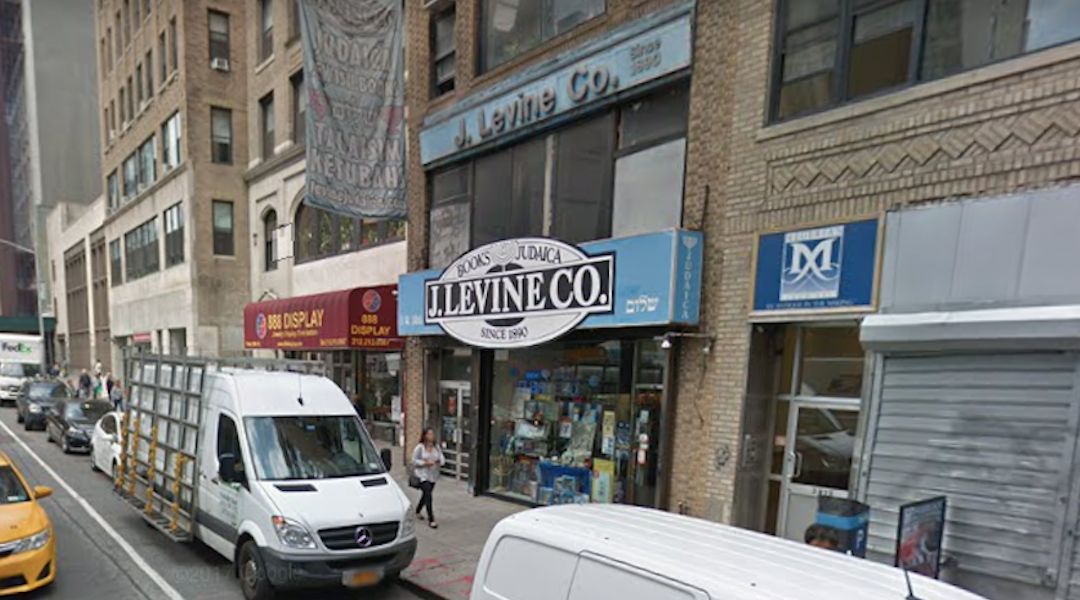 NEW YORK (JTA) — Locals and visitors looking for a Judaica store here will soon only have two options.

J. Levine Books and Judaica, a longtime seller of Jewish books, gifts and ritual objects, will close at the end of May, owner Daniel Levine told The New York Jewish Week.

Levine, the Midtown Manhattan shop’s fourth-generation owner, said his business was hurt by the rising popularity of online shopping.

“The next generation doesn’t shop in stores,” he told The Jewish Week. “That’s the nature of the world.”

Levine said he would continue to operate an online store, but it would be smaller than it is now.

A city that once was home to dozens of Jewish bookstores will now have only two independent ones in Manhattan — West Side Judaica on the Upper West Side and Judaica Classics on the Upper East Side. In 2017, the former announced it would be closing. But following the news customers flocked there, allowing West Side Judaica to stay afloat, according to The Jewish Week. In addition, several boutique Judaica stores remain in Manhattan, mostly connected to museums or synagogues.

The shrinking number of Jewish bookstores shouldn’t be seen as a decrease in interest in Judaism, historian Jonathan Sarna told The Jewish Week.

Instead it is “a message to others who are thinking of opening Jewish bookstores,” said Sarna, a professor of American Jewish history at Brandeis University. “It’s cheaper and easier to shop at Amazon.”