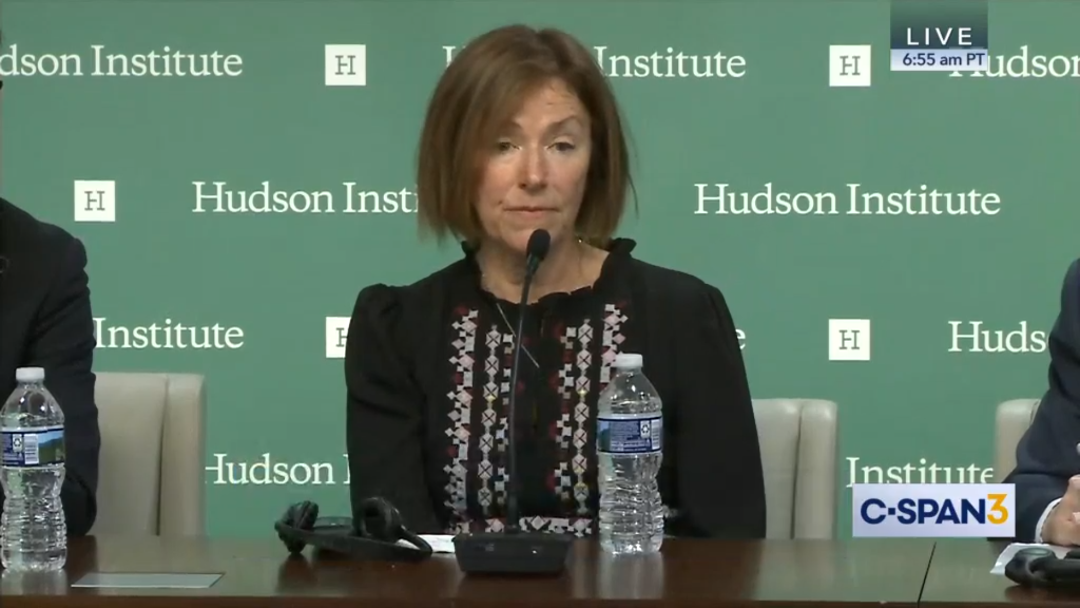 Cynthia Warmbier speaks about her late son, Otto, at the Hudson Institute in Washington, D.C., on May 3, 2019. (C-Span/Screengrab)
Advertisement

WASHINGTON (JTA) — Likening North Korea’s leader to Hitler, Otto Warmbier’s mother said she fears that pressure on the regime that she believes murdered her son will decrease.

“Unless we keep the pressure on North Korea, they are not going to change, and I am very afraid they are going to let up on this pressure,” Cynthia Warmbier said Friday at an event on hostages organized by the conservative Hudson Institute. She was referring to U.S. and other western countries that are sanctioning North Korea.

She likened North Korean leader Kim Jong Un to Adolf Hitler. “They only difference between Hitler and him is he’s doing it to all of his people and to other people, too,” she said.

The Warmbiers in March criticized President Donald Trump, who is attempting to negotiate North Korea’s stand-down as a nuclear weapons power, for what they said was Trump’s “lavishing praise” on Kim.

After a summit with Kim in February, Trump said he did not believe Kim knew about how Otto Warmbier had died, and called the leader “very smart” and “a real leader.”

The American Jewish college student was detained in the country for over a year and died shortly after he was returned home in June 2017 from North Korea in a coma.

The Washington Post reported that Tom Rose, an adviser to Vice President Mike Pence, in a subsequent panel at the conference said that charges that the Trump administration was dialing down pressure on human rights were unfair. Rose urged the Warmbiers to “keep the pressure on us to ensure we stay on the right and true path.”

A U.S. court in December ordered North Korea to pay $501 million to the Warmbiers.

Top Trump administration officials recently confirmed that they agreed to North Korea’s demand to pay $2 million for Warmbier’s medical expenses as a condition of his release, but they also said they never made good on the payment.