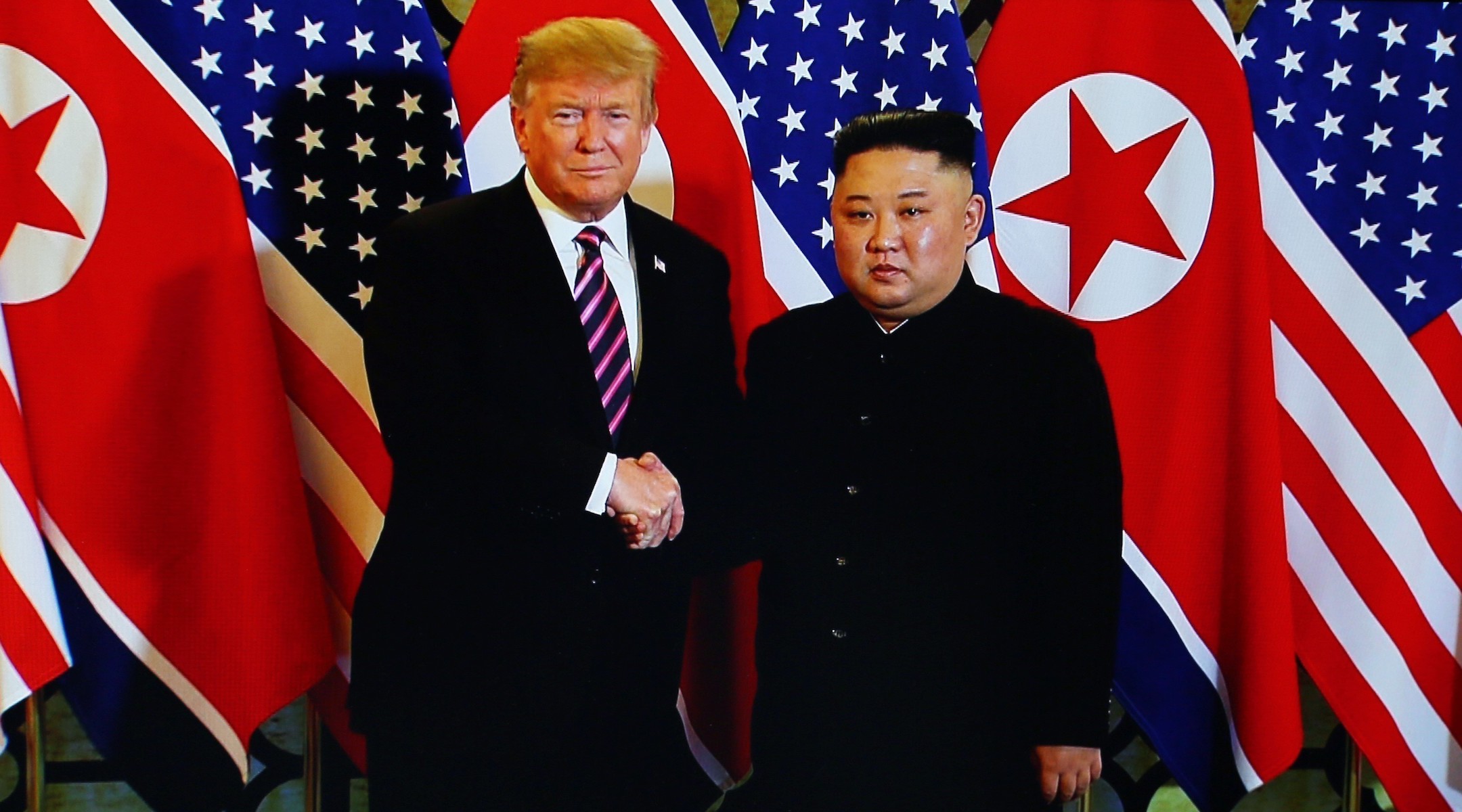 (JTA) — U.S. President Donald Trump, who left Vietnam Thursday after failing to reach a deal on denuclearization with North Korean Leader Kim Jong-un, said he believes Kim was not aware that American Jewish college student Otto Warmbier was in such bad shape.

Warmbier was detained in the country for over a year and died shortly after he was returned home in June 2017 from North Korea in a coma.

Trump told reporters on Thursday in Hanoi before boarding Air Force One that he and Kim discussed the Warmbier case and he said he believed that Kim had been unaware of the young man’s serious medical condition.

Warmbier, 22, was sentenced to 15 years of hard labor for stealing a propaganda poster on what North Korea claimed were orders from an Ohio Methodist church. Upon his release, North Korea said Warmbier’s health had deteriorated after a bout of botulism. Warmbier’s doctors in the U.S. said he suffered extensive brain damage.

At the time of his return, Trump had said that Warmbier “was tortured beyond belief,” using is as an example of brutality in North Korea.