Over 50,000 Israelis have already visited the UAE since peace deal signing 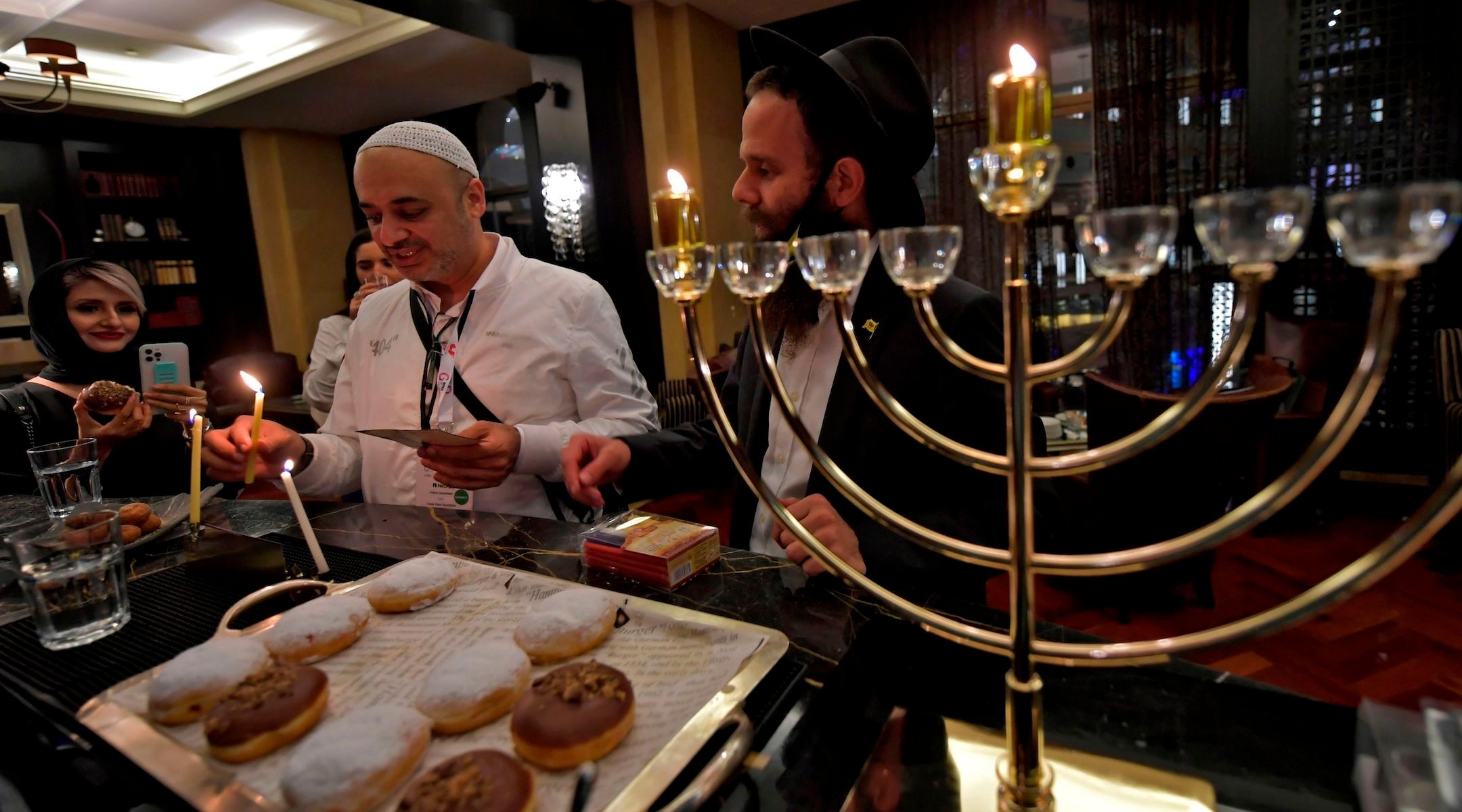 (JTA) — Over 50,000 Israelis have visited the United Arab Emirates since the recent normalization pact between Israel and the UAE, according to a report this week in The Washington Post.

That number is the result of only two weeks of open commercial flights between the countries, which agreed to open the diplomatic and tourism floodgates in a historic agreement signed in August. Tens of thousands more were expected to visit during the Hanukkah holiday, according to the Post.

The report also said that the Jewish community center in Dubai, the UAE capital, is increasing its staff from five to “about 30” employees, and that nearly 150 restaurants have begun serving kosher food. The center is planning to build a mikvah “befitting Dubai’s luxury standards.”

“It will probably be the nicest mikvah in the world,” said Rabbi Mendel Duchman, who works for the JCC.

Israel’s normalization agreement with the UAE, which preceded others signed with Bahrain, Sudan and Morocco, was a watershed moment for the Jewish state’s relationship with the Arab world. Until August, Israel only had formal relations with two Arab countries, Egypt and Jordan.