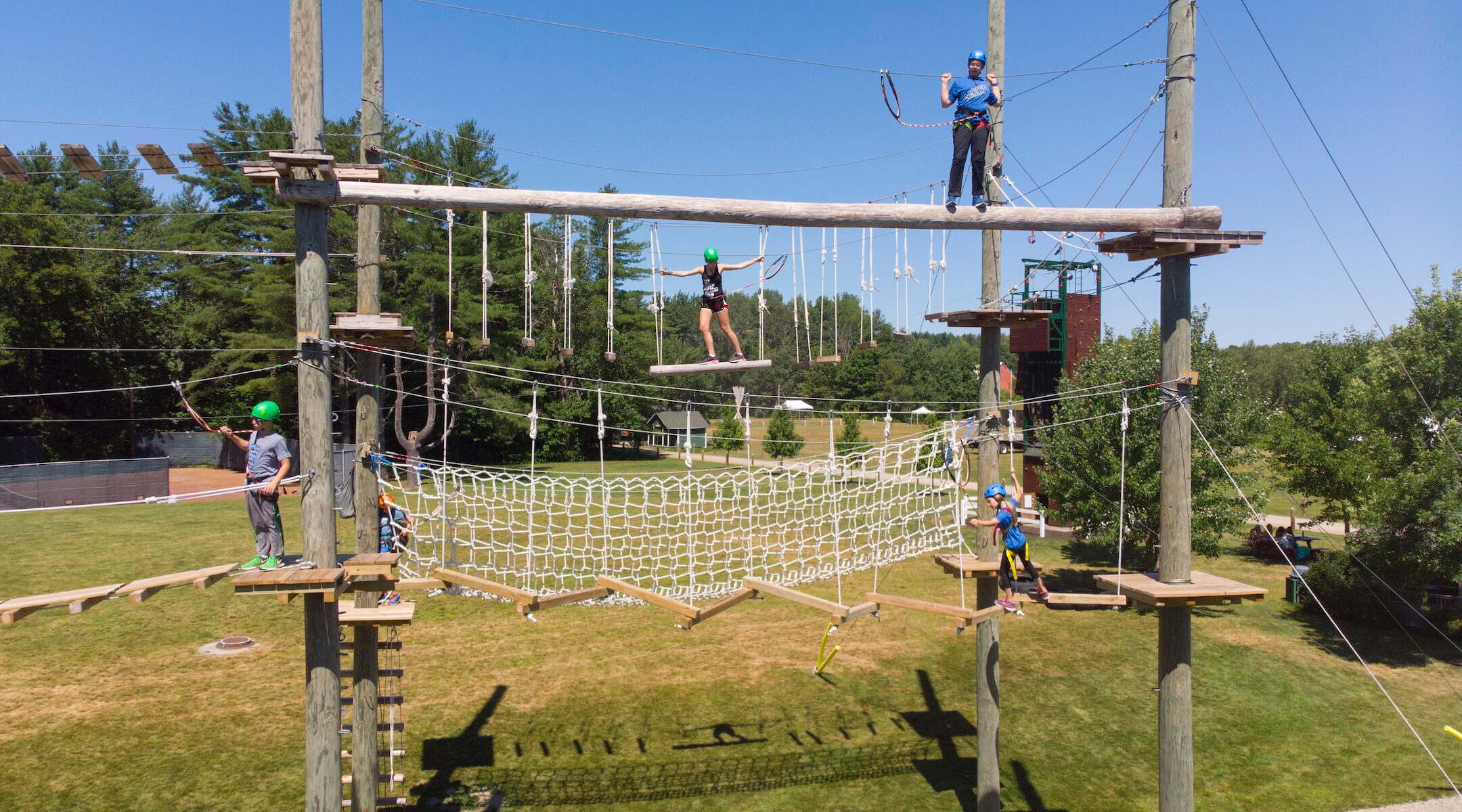 The ropes course at Camp Modin in Maine, one of the few Jewish overnight camps to open last year. Overnight camps in New York State will be allowed to open this year. (Courtesy of Camp Modin)
Advertisement

(JTA) — Parents in New York State can breathe a little easier Wednesday after New York Gov. Andrew Cuomo announced that day camps and overnight camps in the state would likely be able to operate this year.

Cuomo barred sleepaway camps in the state from opening last year because of the COVID-19 pandemic. Some camps temporarily moved their operations to other states that allowed overnight camps to open, including neighboring Pennsylvania, but many others simply shut down, at financial loss to their operators and to the disappointment of children and parents counting on camp after a spring without in-person school.

Last year’s ban, which came after months of uncertainty, prompted a lawsuit by the Association of Jewish Camp Operators, which represents Orthodox Jewish camps. The group argued that Cuomo’s ban constituted religious discrimination because other businesses were allowed to remain open. The camps had presented a safety plan to the governor’s office and state health department but the governor was ultimately not convinced that overnight camps could be operated safely.

Now, camps will be allowed to open starting in June provided that COVID-19 cases continue to fall, Cuomo announced Wednesday.

“We hope the current trajectory stays until June,” Cuomo said at a press briefing Wednesday, adding that the state will issue guidance to camps for COVID testing protocol.

The next question will be whether and how camps choose to operate. Last year, most Jewish sleepaway camps shut down for the summer, with the Reform movement’s camping arm announcing it would close nearly all its camps in April and the Ramah camping movement announcing it would close in May. The Harold Grinspoon Foundation announced in April that it would spend $10 million to support camps as they weathered the pandemic.

Meanwhile, one large camp in Maine that opened with safety measures in place reported no cases of COVID-19 among its campers and staff shortly after opening.

Cuomo suggested that parents, not the state, would be the main drivers of what happens with camps this year.

“No parent is going to send their child to a summer camp, unless there’s a testing protocol, anyway,” he said.