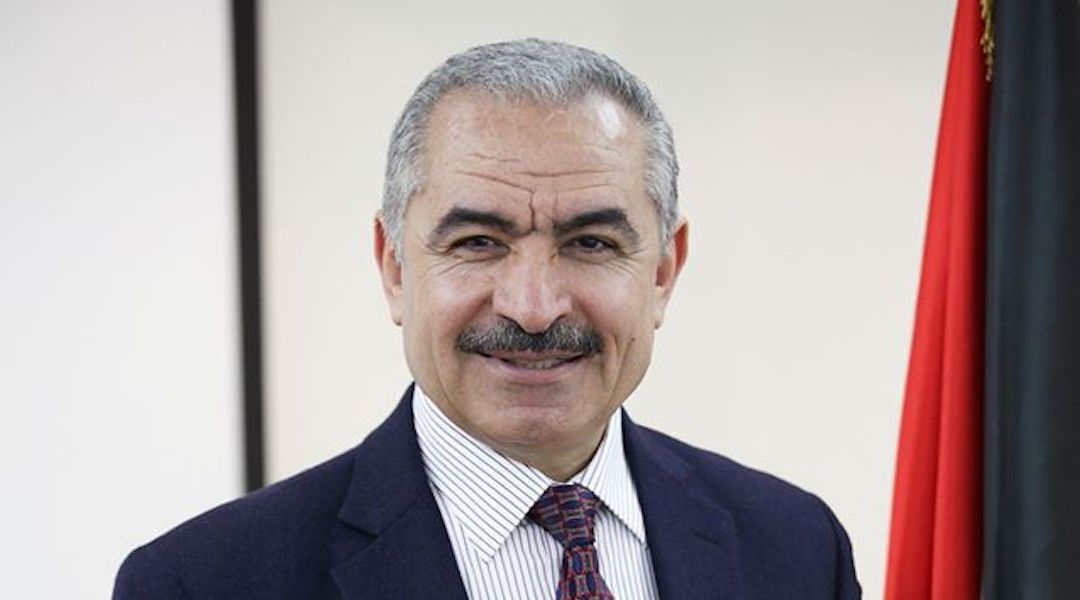 JERUSALEM (JTA) — If Israel annexes parts of the West Bank, the Palestinian Authority will declare a state on the 1967 borders with a capital in eastern Jerusalem, the P.A. prime minister said Tuesday.

Mohammad Shtayyeh made the remarks in Ramallah to members of the Foreign Press Association, i24 News reported.

Shtayyeh called annexation as “existential threat” to Palestinians, and said such a move also would mean the end of the Palestinians’ recognition of the State of Israel, which was given in an exchange of letters in 1993 between Prime Minister Yitzhak Rabin and PLO Chairman Yasser Arafat as part of the Oslo Accords.

Last month, Palestinian Authority President Mahmoud Abbas declared an end to all agreements with Israel, including security cooperation, over Israeli Prime Minister Benjamin Netanyahu’s announcement that Israel would begin to annex parts of the West Bank in July, as provided for in the Trump peace plan.

The Trump administration and Israel have cautioned the Palestinians against seeking statehood recognition, describing it as a unilateral act — the same term used by the Palestinians to describe Netanyahu’s annexation plans.

On Monday, Hussein al-Sheikh, the Palestinian official in charge of relations with Israel and one of the two closest advisers to Abbas, told The New York Times that it will cut the salaries of tens of thousands of its own clerks and police officers after refusing to accept the taxes collected for it by Israel as part of its protest.