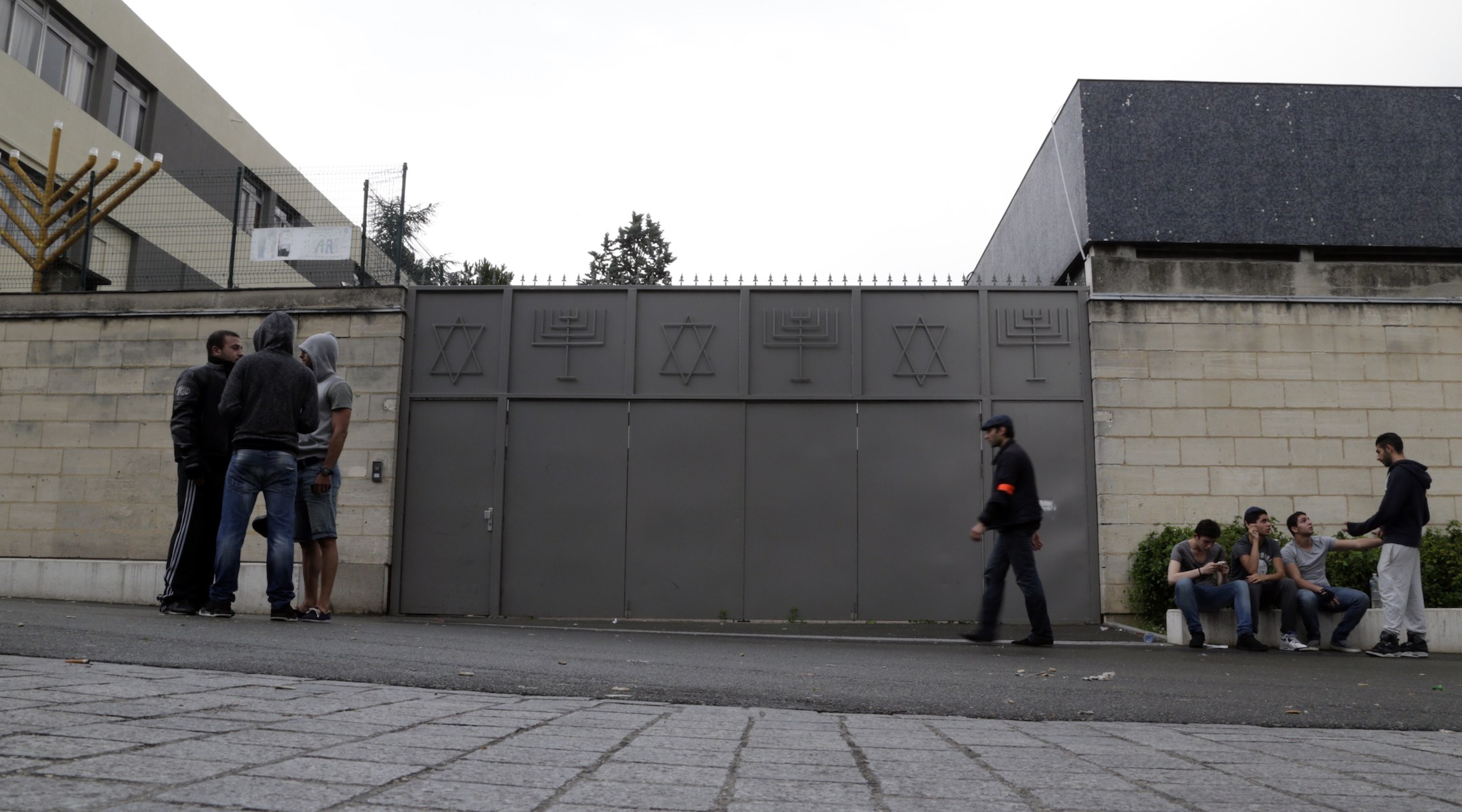 People stand in front of a synagogue in Sarcelles, a suburb north of Paris, July 20, 2014. (Kenzo Tribouillaard/AFP/Getty Images)
Advertisement

(JTA) — Jewish residents of a Paris suburb chased and overpowered a man whom witnesses said tried to stab three Jews, then handed him over to police.

The suspect, a 35-year-old from Pakistan, approached the men from behind near a synagogue in Sarcelles on Wednesday evening, Le Parisien reported. The men were wearing yarmulkes.

René Taïeb, a leader of the local Jewish community, said the incident may have been an anti-Semitic attack. Residents who saw the scene unfold from their balcony warned the three men, who ran away unscathed.

The suspect, who was carrying an 11-inch blade that is used to slice plaster boards, also fled. But local Jews alerted to the commotion pursued and overpowered him, holding the man until police arrived. He had been in France illegally for years, Le Parisien reported.

The episode comes amid heightened anxiety about attacks by Islamic fundamentalists in France, especially after the murder last October of a French teacher who ignited controversy by showing his students a satirical cartoon of the Islamic prophet Muhammad. Last month, guards from a Jewish school near Paris detained a man wielding a knife outside a nearby kosher store.

Whether the episode in Sarcelles is part of that trend is unclear. Witnesses told Le Parisien that he shouted “they stole my work from me” when he was arrested. A police report said the suspect was “heavily inebriated,” according to the paper.

He was identified and released pending further legal action. The suspect was seen in the vicinity of the synagogue the following day, according to Moïse Kalhoun, another communal leader.

The National Bureau of Vigilance Against Anti-Semitism, or BNVCA, criticized authorities’ handling of the suspect. A BNVCA spokesperson told Le Parisien he “should have been deported a long time ago and kept in custody pending a trial.”