Democratic presidential candidates: You can slam Netanyahu, even as a ‘racist,’ and be pro-Israel 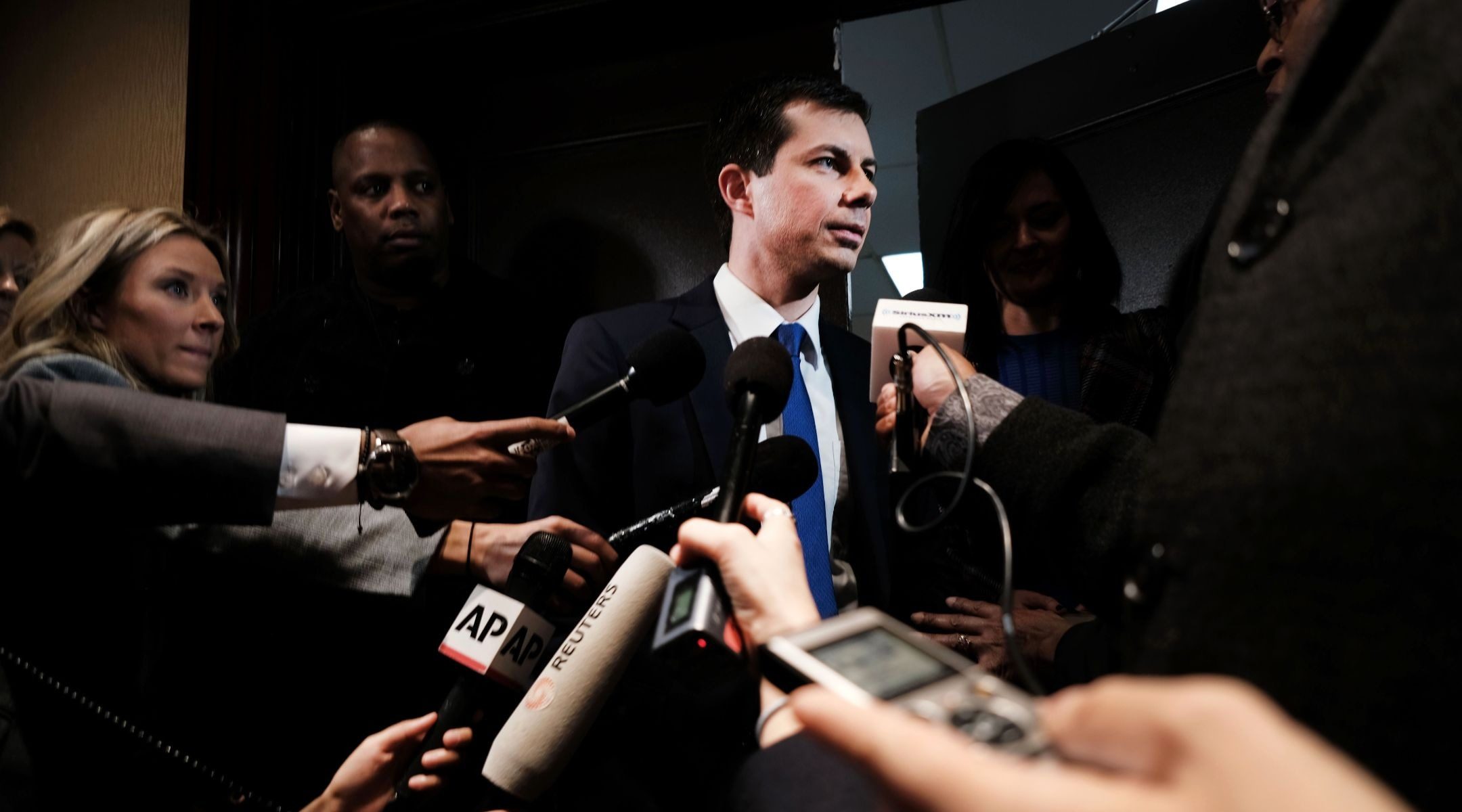 (JTA) — Three candidates for the Democratic Party’s presidential nod said this weekend, ahead of Israel’s elections, that criticizing Prime Minister Benjamin Netanyahu does not make you anti-Israel.

Pete Buttigieg, Bernie Sanders and Beto O’Rourke all took shots at Netanyahu, who is in a tight contest with Benny Gantz of the newly formed Blue and White Party, ahead of Tuesday’s vote. O’Rourke went so far as to call Netanyahu a “racist.”

Buttigieg, the mayor of South Bend, Indiana, and a dark horse in the Democratic presidential stakes, chided Netanyahu for saying he would annex parts of the West Bank if he is re-elected.

“This provocation is harmful to Israeli, Palestinian, and American interests,” Buttigieg said Saturday on Twitter, attaching a Haaretz news article reporting Netanyahu’s pledge made in a TV interview.

“Supporting Israel does not have to mean agreeing with Netanyahu’s politics,” Buttigieg said. “I don’t. This calls for a president willing to counsel our ally against abandoning a two-state solution.”

Buttigieg, who last year visited Israel with the American Jewish Committee’s Project Interchange, has so far mounted a surprisingly effective campaign, raising $7 million in his first quarter and surpassing the 65,000 donor minimum to participate in the party’s presidential candidate debates.

Also Saturday, Sanders likewise said opposing Netanyahu did not make a candidate anti-Israel. The Vermont senator, an independent, is leading in the polls and is in Iowa mounting his second bid to win the Democratic nod.

“I think that Benjamin Netanyahu is an extreme right-wing leader in Israel,” Sanders told Marc Daniels, a Jewish activist who tracks presidential campaigns. “I do not support his policies, and I think that to speak out against Netanyahu is not to be anti-Israel. And what I believe is that we, in fact, need a two-state solution to the Middle East ongoing crisis and that the United States needs to have an even-handed policy.”

O’Rourke, a former Texas congressman who has drawn substantial fundraising, also was campaigning in Iowa when he told reporters that he believed Netanyahu was racist for forming an alliance with a far-right party that has its roots in the teachings of Meir Kahane, the late racist rabbi.

“The U.S.-Israel relationship is one of the most important relationships we have on the planet,” O’Rourke said, “and that relationship, if it is successful, must transcend partisanship in the United States, and it must be able to transcend a prime minister who is racist.”