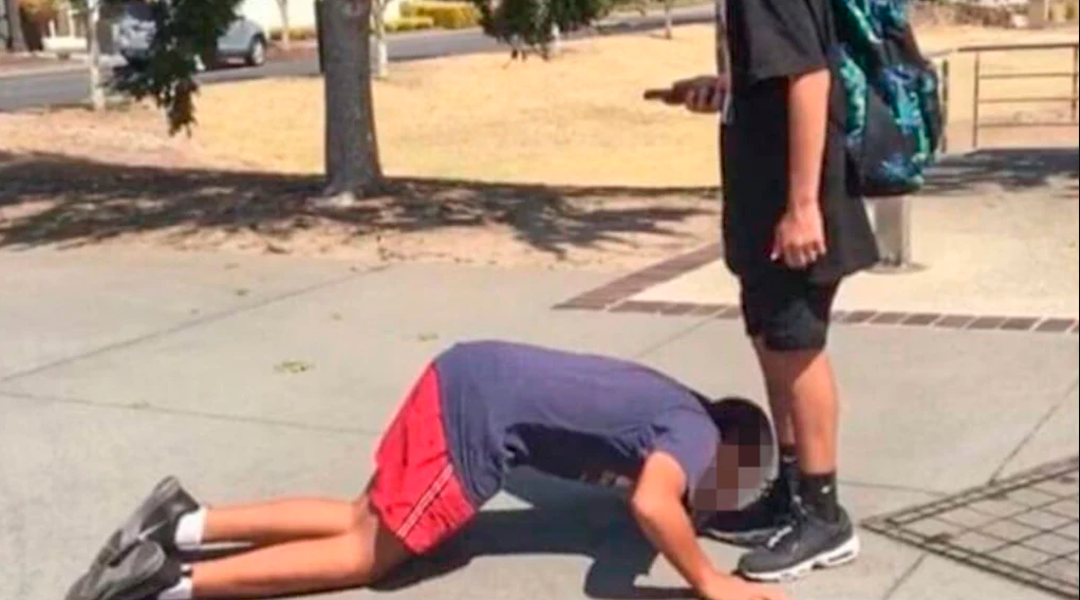 A photo that allegedly shows a 12-year-old Jewish student being forced to kneel to kiss the shoes of a Muslim classmate was circulated on social media. The incident occurred at the Cheltenham Secondary College in the town of Cheltenham, a Melbourne suburb, according to The Age, a Melbourne-based newspaper.

The report did not make it clear if the Muslim boy’s religion had anything to do with the incident.

A second incident took place at the Hawthorn West Primary School in Melbourne, where a 5-year-old Jewish student was called a number of anti-Semitic insults, including a “Jewish cockroach,” according to The Age.

Both Jewish boys have left their schools.

Dvir Abramovich, chairman of B’nai B’rith’s Anti-Defamation Commission, said the incidents are part of a broader trend of anti-Semitic bullying.

“There is mounting evidence that families are forced to take their children out of public schools and to enroll them in Jewish day schools due to a growing sense of insecurity and fear that their kids will be harmed simply because of who they are,” Abramovich told The Age.

The mother of the boy in the photo said she was disappointed by the school’s lack of response. She told The Age that the school said it was not responsible for the incident since it did not take place on its campus. But the mother said she talked to the parents of the Muslim student, who disapproved of their son’s actions.

Another boy involved in the incident was later suspended for punching the Jewish boy, The Age reported.

Meanwhile, the boy at Hawthorn West Primary School was repeatedly subjected to anti-Semitic insults and teased because he was circumcised, his mother told The Age. The school sent the parents an apology letter last month, the mother said.