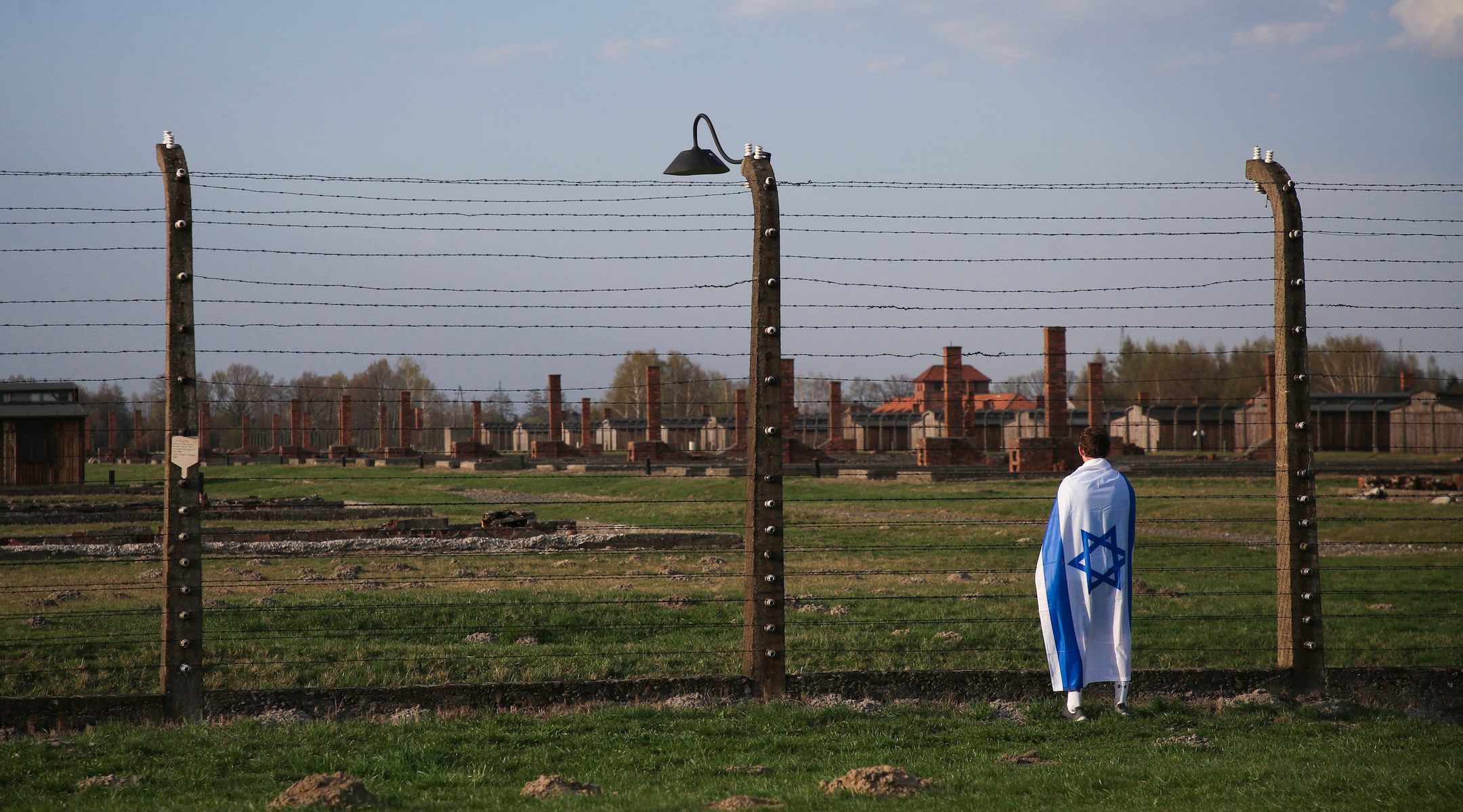 A participant in the March of the Living at the former Auschwitz Birkenau concentration camp in Oswiecim, Poland, April 12, 2018. (Beata Zawrzel/NurPhoto/Getty Images)
Advertisement

(JTA) — Amid a growing diplomatic crisis between Israel and Poland, a senior Polish diplomat said his government is “reviewing” changes to the annual educational school trips from Israel to former Nazi death camps.

Israel and Poland have since this weekend recalled their respective ambassadors to each other over a new Polish law that effectively blocks Holocaust-era restitution for Jewish-owned property.

“This propaganda, also based on hatred towards Poland, is seeping into the heads of young people from the early school years,” Jabłoński said. “We are dealing with various kinds of school trips from Israel to Poland. The way in which these trips take place is clearly not the right way. We are reviewing this matter and we will make appropriate decisions.”

The current spat follows a similar exchange in 2018, when Poland passed legislation that outlawed blaming the Polish nation for Nazi crimes. Critics, including Israel’s government and Holocaust scholars, opposed the law, warning it would limit research and discourse on the Holocaust.

Polish nationalists have for years sought to disentangle war crimes by Poles and those committed by the occupying Nazi forces during World War II. Some call it revisionism that removes blame from Poles who collaborated with the Nazis and murdered Jews.