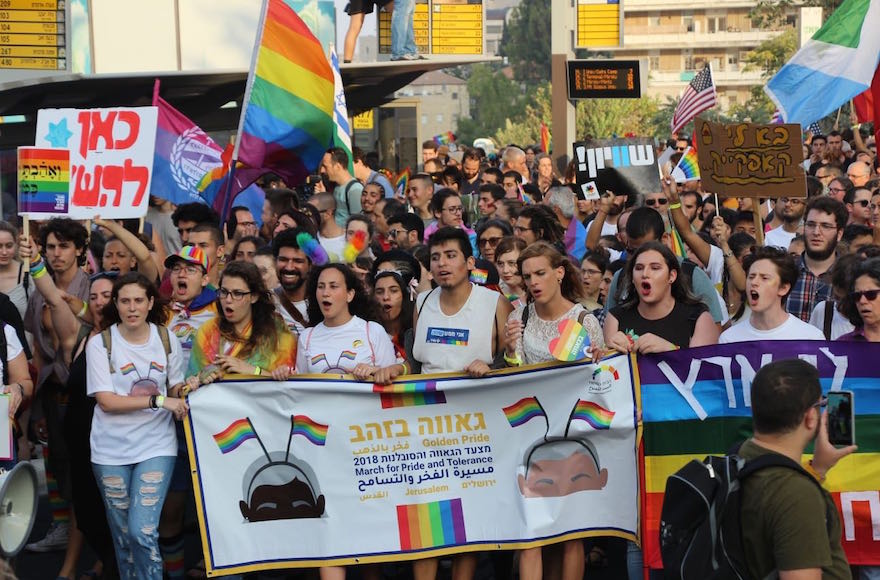 Tens of thousands march through the streets of Jerusalem for the annual pride parade on Aug. 2, 2018. (Adi Eddy/Courtesy of Jerusalem Open House for Pride and Tolerance)
Advertisement

They were arrested on Thursday morning, several hours before the scheduled start of the annual parade through the streets of Jerusalem. Some 30,000 are expected to participate in the parade. More than 2,500 uniformed and plainclothes police officers will be deployed along the parade route.

“The Israel Police will take determined action against any party that intends to disrupt or that disrupts the route of the Pride Parade held today in Jerusalem,” police said in a statement.

The detained suspects were taken in for questioning, according to reports, which gave no details about them or their plans.

Their arrests come hours after police on Wednesday night arrested a right-wing activist, Moshiko Ben Zikri, who has twice dressed up as an LGBTQ activist and infiltrated the parade only to start haranguing against it from the podium.

In 2015, a haredi Orthodox man stabbed to death a marcher, Shira Banki, 16, who was attending the parade in support of her LGBTQ  friends. Security at the march was significantly tightened after that attack.