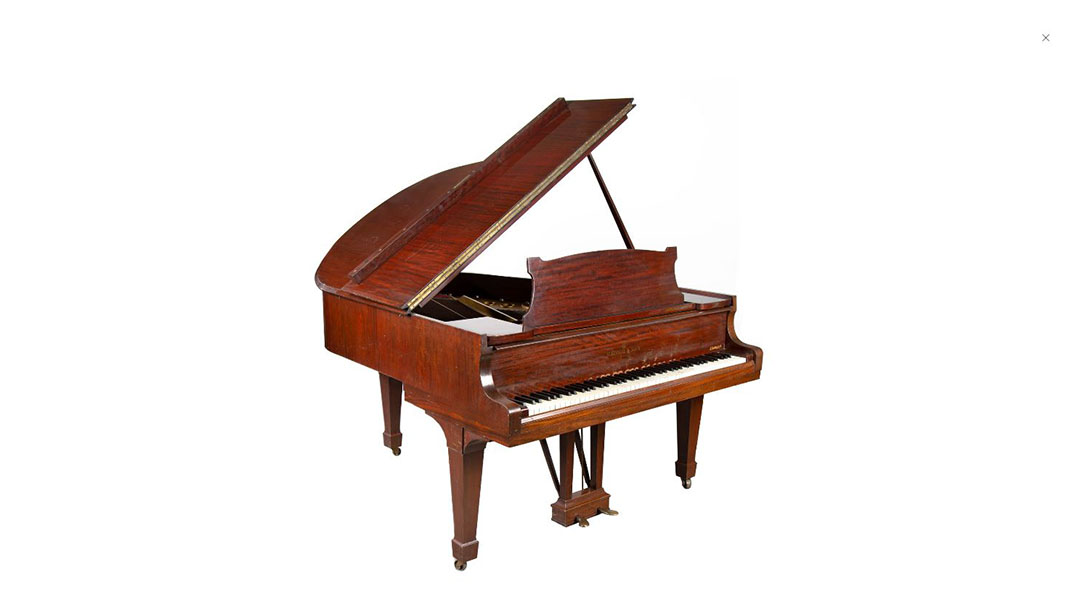 A piano that belonged to Władysław Szpilman is going up for auction. (Desa Uninicum)
Advertisement

(JTA) — A Polish auction house has announced the sale of 51 objects that belonged to the Holocaust survivor whose life story served as the basis for the 2002 film “The Pianist.”

Desa Unicum will start selling Władysław Szpilman’s objects, including bowties, an antique metronome and a death mask of the Polish composer Fryderyk Chopin, on Sept. 22, the Warsaw-based firm said on its website. Szpilman was one of Poland’s foremost composers and concert pianists.

The items went on a presale display at the auction house on Thursday.

Roman Polanski’s 2002 film about Szpilman, who was Jewish and whose music helped him survive the Holocaust, won three Academy Awards. Szpilman died in 2000.

He had lived through the carpet bombing of the Polish capital, the Jewish ghetto, forced labor and random executions while witnessing the ghetto uprising of 1943 and the Polish uprising one year later.