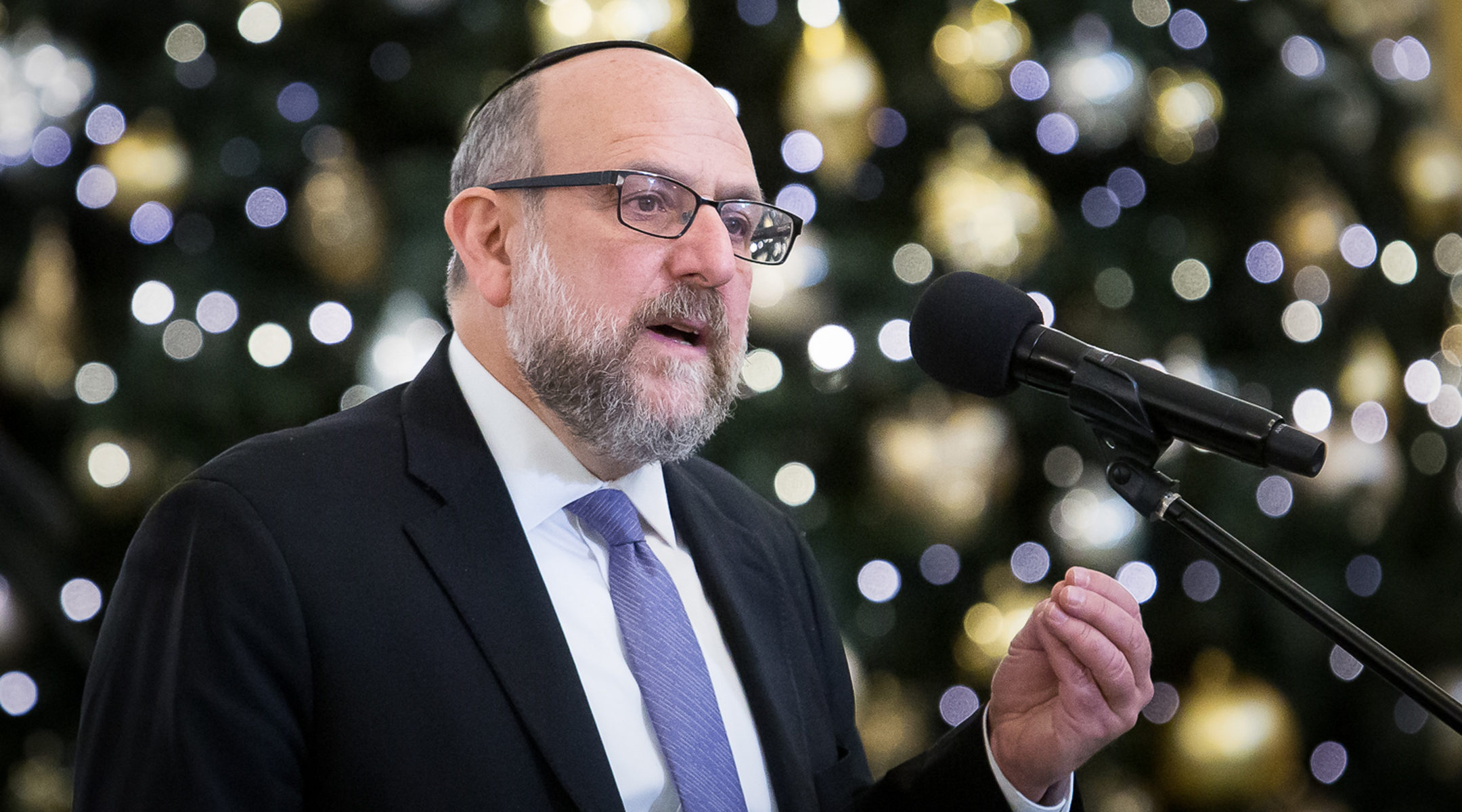 President Andrzej Duda is scheduled to attend a ceremony on August 11 celebrating 75 years since the formation of the Swietokrzyska Brigade, which killed Poles it suspected of being communist, including many Jews.

“The organization of these ceremonies insults the memory of all Polish citizens killed in the fight against Germany,” Rabbi Michael Schudrich said in an open letter addressed to Veterans’ Affairs Minister Jan Kasprzyk, the AFP news agency reported. “I regard being invited to take part in them as a personal insult.”

The letter appeared in Polish media.

The Brygada Swietokrzyska was part of the National Armed Forces (NSZ), an  underground Polish ultra-nationalist and anti-communist armed group that fought the Nazis, the Red Army as well as the Polish communist anti-Nazi resistance.

The brigade was at odds with and refused to join the Home Army, or AK, the main Polish underground anti-Nazi resistance that was allied with Poland’s government in exile in London.

“There are so many other Polish heroes, we don’t need to choose the ones who actually killed other Poles, and in this case, many of them of the Jewish religion,” Schudrich said, dubbing the ceremonies “dangerous” historical revisionism.